For centuries, wooden houses have been part of Istanbul's cityscape. But many have been destroyed as large swathes of the city have undergone modernization. Now the city is attempting to salvage its cultural heritage. 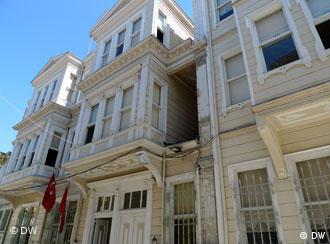 The 19th-century palace of Marine Minister Ahmet Pasa is one of the most impressive Ottoman wooden houses in Istanbul's old town center. Martin Bachmann of the German Archaeological Institute (DAI) particularly prizes the intricately-carved wooden ceiling on the building's first floor.

"This house is the best-preserved example of the richness of the Ottoman style of architecture," he explains. 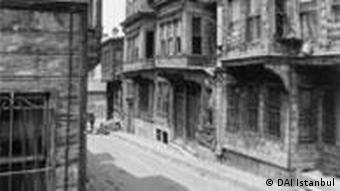 Wooden palace of the marine minister prior to restoration

For decades now, this branch of the DAI has been documenting the remaining stock of Istanbul's wooden houses. Its work provided the basis for the painstaking restoration of the Ahmet Pasa Palace 30 years ago. Most of the other wooden buildings have since fallen into disrepair, been torn down, or burned to the ground in large fires. Miraculously though, a small number of the buildings survived this triple threat intact.

For well over a year now, the palace has been home to "kudeb" - a kind of expertise center for the restoration of the old wooden houses. The authorities, who are exclusively financed by Istanbul's municipal government, work together with UNESCO to protect the districts of Suleymaniye and Zeyrek, which have been named world heritage sites. Demet Surucu, a 28-year-old employee at kudeb, trains young restorers who have to learn the almost-forgotten work of Ottoman carpenters - how to construct a bay window known as a "kafes," for example.

Istanbul's historic center has been a world heritage site since 1985. But in recent years, UNESCO has repeatedly threatened to move it to a list of endangered heritage sites. The UN body argues that too many of the historical buildings surrounding the impressive Sulemaniye Mosque have been torn down. 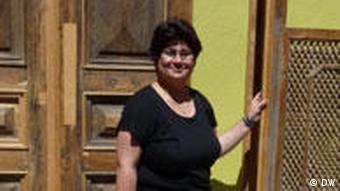 So far, kudeb has saved six houses, but it hopes to increase this number to 30 by 2010. Their work has become something of a showcase for Istanbul's reign as a European Cultural Capital next year. Surucu admits that the number of restoration projects is small, given the number of buildings in need of attention. She says that for many years, there was a lot of talk, but no action.

"We have to seize the ball and run with it," she says. "In future, we want to complete many more restorations and reconstructions."

Six years ago, architect Ali Kurultay bought a dilapidated wooden house in the heart of Istanbul's historic center. The restoration work took two years, but he needed a further two years in order to get all the necessary building permits.

"We put up scaffolding on the inside to bear the weight of the structure," he says. "But in the end, only the front part of the house could be saved."

The house was built around the end of the 20th century. It's a bit crooked, but it has managed to withstand the many earthquakes that rock the city. The flexible wooden construction is a kind of life insurance, Kurultay likes to joke. The 30-year-old regrets that so many of the district's historic homes are gone.

"People here never really understood what preservation was all about," he says. "It wasn't part of their thinking." 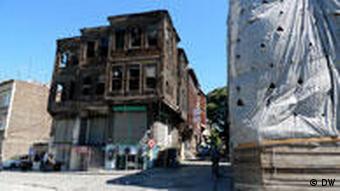 Many Turks mourn the passing of the Istanbul of yesteryear - among them, renowned photographer Ara Guler, 80. His private museum houses photos from the 1940s and 1950s. Wooden houses feature in many of the photos. He says he can't understand why anyone would build 35-storey buildings in an earthquake-prone city such as Istanbul.

"The old Istanbul has disappeared, the city has lost its charm," Guler says.

Now he sees it as his task to document the city's changing face for the generations to come.

History up in smoke as Turkey extends smoking restrictions

The expression "smoke like a Turk" seems destined for the rubbish bin of history after Turkey introduced Sunday some of the toughest anti-smoking legislation in Europe. (19.07.2009)

Berlin's Stadtschloss, or City Palace, is to be rebuilt on the site of the former East German parliament. But opinion is sharply divided on whether or not such an undertaking makes any sense in today's Berlin. (26.01.2009)