An organization in Cambodia seeks to preserve traditional performing arts that were nearly wiped out during the genocidal years of the Khmer Rouge. It is sometimes a race against time. 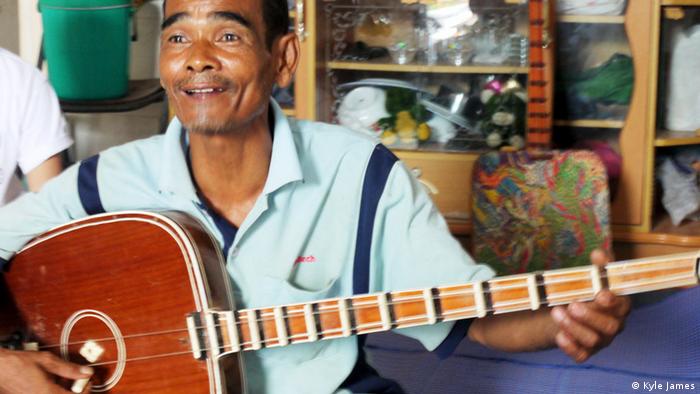 In a house just outside the capital Phnom Penh, a group of eight teenagers sits cross-legged on the floor in a semi-circle around 61-year-old Suon San, watching him closely. They all hold a two-stringed, long-necked instrument, the chapei dong veng, in the laps. As Suon San speaks, he shows them how to improve their technique as he strums the chapei, bringing it to life.

His music lessons are part of a program run by Cambodian Living Arts, an NGO based in Phnom Penh, whose mission is to preserve traditional performing arts that nearly went extinct during the years Cambodia suffered under the brutal yoke of the Khmer Rouge.

While Suon San's chapei sings today, he and his music were silenced and nearly killed in the late 1970s. In 1975, the ultra-communist Khmer Rouge came to power after a brutal civil war and immediately went about trying to remake Cambodia into an agrarian utopia, forcing its population to work on collective farms in the countryside. Over the nearly four years the group held sway, some 1.7 million Cambodians died from starvation, disease or overwork, or were murdered by the regime. Suon San was almost among them. 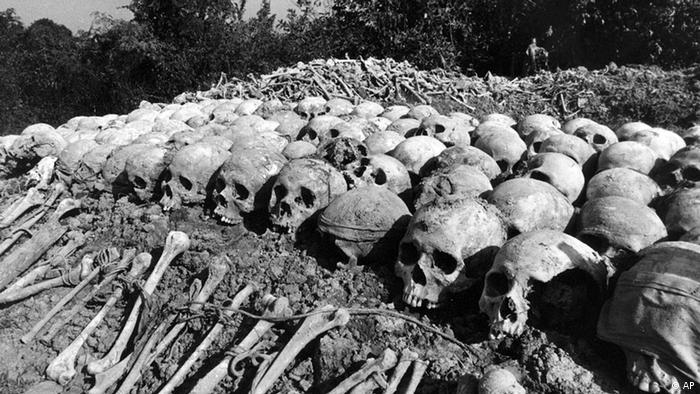 Some 1.7 million Cambodians died during Pol Pot's regime - many were executed in "killing fields"

He had started playing the instrument at the age of 18, and would take it with him to the fields, where he would sing as farmers planted and then harvested their crops.

"I would play when someone would call me to play at a ceremony, like at the blessing of a new house," he said.

But under Cambodia's new masters, that changed radically. The Khmer Rouge targeted intellectuals, artists and musicians as undesirables. They were marked for death since they didn't fit into leader Pol Pot's image of a new Cambodia, where history was to be reset to “year zero.” He decreed that the country must be freed from all outside influence and any remnant of what they considered decadent culture.

"If Pol Pot or someone knew about my chapei playing, they would kill me. So I threw the instrument away and didn't tell anyone I could play it," he said.

The overall effect of this campaign against artists was disastrous for the country's cultural landscape. When the Vietnamese drove the Khmer Rouge from power in 1979, most artists and musicians were dead, in exile, or still too frightened and scarred to practice their craft. As the years passed, lesser known art forms began to die out since many were not written down and had no notation. Techniques and songs were passed down orally. As a generation was almost wiped out, the nation's cultural heritage was quickly diminishing. 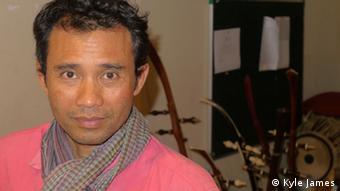 Arn Chorn-Pond is the founder of the Living Arts Project

In 1998, Arn Chorn-Pond, who had returned to the country after fleeing the Khmer Rouge and living for a time in the United States, saw a disheveled, drunk woman sitting in a gutter in Phnom Penh. He recognized her as one of the nation's great opera singers from the 60s. He befriended her and convinced her to sing again before she died. He realized it was crucial to find others who were often the last repositories for their art.

"Losing these arts would have been a loss of the past, of who I am," Chorn-Pond said, and he founded Cambodian Living Arts.

Chorn-Pond had a personal connection to the arts and music. His family had once run an opera company, and during the Khmer Rouge years, he volunteered for a music brigade where he learned the khim, a hammered dulcimer, to play propaganda songs for cadres. It made him useful to the higher-ups and saved his life.

Today the organization is headed by Ploeun Prim, who himself if surprised that the group has found the success it has, bringing traditional arts to young people in an era when Western and Korean pop enjoy huge popularity. But he thinks young people are attracted to these forms for a variety of reasons.

"With Cambodia getting out of genocide, we lost a connection between generations," he said. "To recreate that connection, it's not just about learning an art form, it's about connecting one generation with another."

Cambodian Living Arts has more than 15 artist "masters" who teach their craft to young people, mostly instrumental and vocal music and dance. Sometimes the group has found people just in time. Seng Nan, one of the last performers of a rare and ancient form of funeral music was literally on his death bed - his family had already prepared his coffin - when the organization found him and got him to a hospital. Now he teaches young people how to play the instruments of Kantaoming. 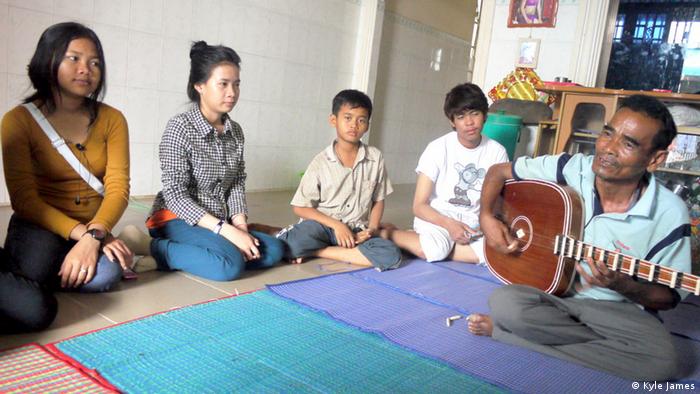 In the fall, the group will put on regular evening performances in front of the National Museum. And in the spring of 2013, it's helping put on the Season of Cambodia festival in New York. Traditional and contemporary artists will perform in venues around the city, including Lincoln Center and the Metropolitan Museum of Art.

Back at Suon San's house, as a rainy season downpour begins, his students get ready to play a song they've been practicing for three months now. Their playing is a little hesitant, and not always in tune. It will be some time before these students get to the level of their teacher. But after all, he's got a few decades worth of practice on them.

For 18-year-old San Sukchumpa, one of the students, her father's chapei playing inspired her to learn it and keep up a family and cultural tradition.

"There are only a few people learning the instrument and it's not very popular anymore," she said. "So, I want to preserve it and don't want it to be lost. People should know about it."