At least 700 million children live in disadvantaged communities, the charity Save the Children has said. Disease and malnutrition as well as bombs and bullets keep kids from enjoying happy childhoods. 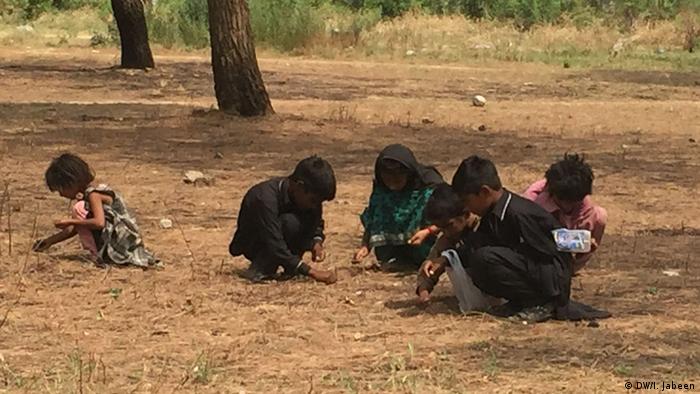 Most of the 700 million children - about 25 percent of all children worldwide - live in communities "where they have been bypassed by progress in health, education and technology that has improved the lives of many of their peers," Save the Children said in a report released ahead of the International Day for the Protection of Children on Thursday.

The hardest-hit children live in West and Central Africa, which accounts for seven of the 10 bottom-ranked countries - according to the charity's first "End of Childhood" index, ranking 172 nations. Norway, Slovenia and Finland topped the ranking. Germany placed 10th.

"Many of these children suffer from a toxic mix of poverty and discrimination, and experience several childhood enders," Save the Children International's Chief Executive Helle Thorning-Schmidt told the Thomson Reuters Foundation.

Many also suffer because of discrimination, with girls, child refugees and those from ethnic or religious minorities among the most vulnerable, the charity said.

Save the Children urges more

The report urges countries to tackle discriminatory policies and practices, boost data and invest in public services. It said this is needed if the UN Global Development Goals set in 2015 are to be met.

The 17 Sustainable Development Goals (SDGs), which committed to end extreme poverty and inequality by 2030, pledged to reach first those who are most in need, and to leave no one behind.

"We have no chance of achieving the SDGs unless the basic right to childhood is protected," Thorning-Schmidt said.

In Central African Republic, Mali and Nigeria - countries beset by militant violence and mass displacement - more than one in 10 children die before their fifth birthday, compared with one in 500 in a country such as Finland, according to World Bank data.

"Yet these deaths are more often caused by disease, malnutrition and poor health care than by bombs or bullets," the report notes.

"Temporary solutions aren't good enough anymore ... we need to realise people could be in crisis situations for years rather than months and work towards making them much more resilient," said UN children's agency (UNICEF) spokesman Patrick Rose.