The Sauerland terror trial continues in Duesseldorf on Wednesday after a second member of the cell confessed to planning bomb attacks on German airports. 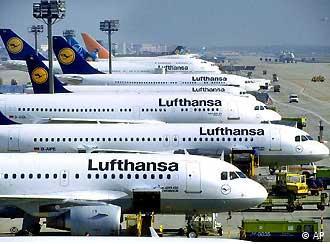 The Sauerland cell planned to paralyse air traffic in Germany

On Tuesday, Adem Yilmaz told the court that the goal was not to kill people, but to bring air traffic to a stop. He said the group known as the Sauerland cell had discussed setting off "smaller explosions at the Duesseldorf or Dortmund airports," and added that Frankfurt airport had also been a possible target.

The 30-year-old said that they deliberately wanted to avoid large-scale explosions because of the risk of killing people who had nothing to do with the wars in Iraq and Afghanistan - unlike the American soldiers he and his friends were intent on attacking.

"We would have done it if we had found a place [in the airport] where there weren't so many people," Yilmaz told the court on Tuesday. "We didn't want to hurt innocent people. We could have hit Muslims, and we didn't want to do that."

He also told the court that he remained committed to the cause of radical Islam, saying that his goal was still to die the death of a martyr. 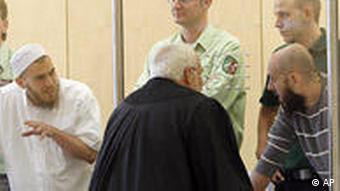 The trial was meant to last two years, but will be shortened due to the confessions

Yilmaz, who was born in Turkey but moved to Germany in 1986, is the second of four suspects to confess during the trial. On Monday, the alleged ring leader of the terror cell, Fritz Gelowicz, 29, told the court about his role in the group's plans to attack US targets in Germany. The confessions are expected to result in a shorter trial and milder sentences for the four men.

All four were apprehended in 2007 after an extensive surveillance operation by German special forces. They were found preparing some 730 liters of hydrogen peroxide liquid explosives.

Yilmaz described how friends introduced him to Islam. On a pilgrimage to Mecca, he met the main suspect, Gelowicz.

On Tuesday morning, Gelowicz rounded off his confession by telling the court about his involvement in radical Islam. The Munich native converted to Islam at the age of 16, but said his commitment deepened when he saw the reactions of the West to the September 11, 2001 attacks on the US, the invasion of Iraq, and the treatment of prisoners in Abu Ghraib and Guantanamo. He said that he initially rejected the September 11 attacks, but later came to approve of them because "the West had shown its true face; it was leading an open war against Islam."

Gelowicz added that the kidnapping of Khaled el-Masri, who he had come to know from a mosque in Neu Ulm, was the straw that broke the camel's back. El-Masri is a German citizen who was kidnapped and flown to Afghanistan for interrogation by the CIA in a case of mistaken identity. After an imprisonment during which el-Masri says he was tortured and malnourished, he was released in Albania with no means of returning to his family.

The first of four alleged Islamist militants known as the Sauerland cell took the stand to confess his role in planning terror attacks in Germany. The confessions are expected to shorten the trial of the four men. (10.08.2009)

The confessions of the four suspected Islamic militants on trial for plotting to bomb US targets in Germany are far more comprehensive than expected, according to reports from a Duesseldorf regional court. (09.07.2009)

A group of men accused of plotting a series of car bombings across Germany have appeared in court at the beginning of Germany's biggest terrorism trial in decades. (22.04.2009)