A coalition of mostly Gulf countries led by Saudi Arabia has launched an attack to recapture a Yemeni port city from Houthi rebels, who receive backing from Iran. The journalist and activist Afrah Nasser fears the worst. 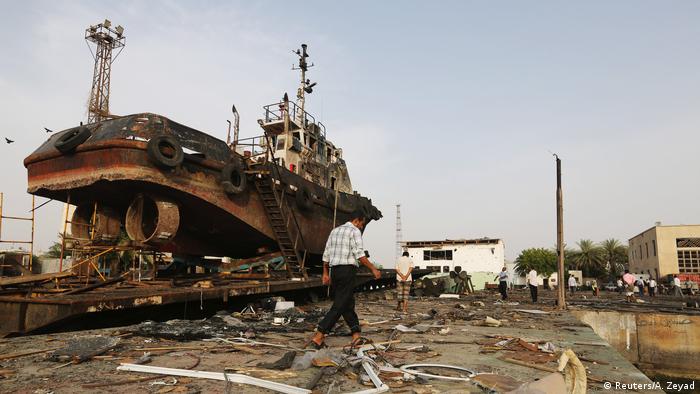 DW: The Saudi-led coalition has started a military offensive onthe Yemeni port of Hodeida . What does that mean for the 400,000 people who live there — and for the rest of the country?

Afrah Nasser: It's a very sad and alarming development in the course of the war in Yemen. For me, I think it shows the despair of anyone trying to advocate for an end to Yemen's war: Now we're trying to negotiate or beg the Saudi-led coalition to leave this city alone and not to cause another layer of the humanitarian crisis that is already there, any damage or the devastation of the port. And Hodeida is a key port, receiving shipments and humanitarian aid — and, for relief or humanitarian workers to access the country, it is usually through Hodeida port. So, causing devastation or destruction to this port will absolutely hinder all of this humanitarian and relief work. It reflects the despair that we are witnessing in the course of the war.

The offensive seems to have been coming for a while. Numerous organizations, including the UN, have tried to prevent a battle for Hodeida. Why did the Saudi-led coalition attack now? 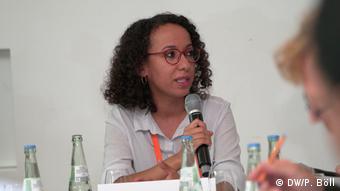 Afrah Nasser, a reporter based in Sweden, was a guest at DW's Global Media Forum

For me the main concern is what is going to happen next. What is after the destruction of Hodeida? If the Saudi-led coalition is going to go to Sanaa, it's going to be a bloodbath. I could foresee that we will witness another battle similar to the battle for Aleppo or the battle for Mosul. And it's really up to the Yemeni people, I think. In Sanaa, they are going to revolt against the authority of the Houthis and collaborate. But recent history tells us how the people, the residents in Sanaa, are peaceful. They don't want to fight. They don't have the energy, especially now with the spread of diseases and famine. And so, it's not logical. It's not feasible for the people to rebel, to revolt against the Houthis. That's going to be up to the forces of the Saudi-led coalition to make their way towards Sanaa.

Do you think that the Saudi-led coalition could have started this offensive without having the green light from the Trump administration?

It is frequently said that the Houthis are backed by Iran — and they surely are — but how much effective control over do you think Tehran has?

The Iranians have used all these media reports about backing the Houthis to exhibit their hegemony in the region and counter Saudis' hegemony. So, even if they were not as close as we believe they were, there used to be media reports to reinforce that idea. ...

My mom has nothing to do with politics. And she asked me: "They are say that they are fighting Iran in Yemen. I don't understand this. There's no Iranian people here! So, why they don't go and bomb Iran?" So, even for Yemenis, it's something they don't really comprehend. And it sounds really ridiculous.

What, if anything ,do you think could restore peace to Yemen?

We need a miracle. All indicators show how this is going to be like an Afghanistan-style war or an Afghanistan style of chaos. And, with every year that the war continues, I could see that we are going 10 years backwards. There has to be a political will from the most powerful warring parties in the conflict. That's mainly the US, the Saudis, the Brits, the Emiratis. They are the most powerful parties. And, as long as they don't have the political will to have a political solution, it is going to be the sound of weapons and rockets continuing for many years to come.

In a show of unity, the leaders of the UAE's various sheikhdoms have chosen a new president. The rapid decision for the half-brother of the recently deceased president came as little surprise.