A policeman and an armed rioter have been killed in clashes in Saudi Arabia's Eastern Province. Witnesses said the attackers were taking part in the latest of a growing number of protests in the Shiite-populated area. 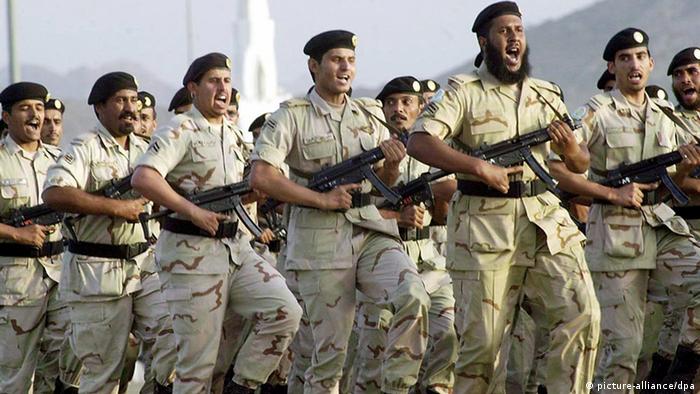 Saudi Arabia's Interior Ministry announced on Saturday that one Saudi soldier was shot dead and another injured overnight when they came under fire while patrolling an area populated by minority Shiite Muslims.

"A security patrol came under heavy gunfire from four armed rioters on motorbikes" in the Shiite district of Qatif, ministry spokesman Mansur al-Turki was quoted by official news agency SPA as saying.

He added that all four gunmen were arrested, including one injured man who died while he was being taken to hospital.

Witnesses said the attackers were participating in a protest that took place in Qatif late on Friday. The deaths bring the number of people killed in the area since November last year to 11.

Protests broke out in Qatif when Saudi troops were invited by the government of neighboring Bahrain to help crush a Shiite-led uprising against the Sunni monarchy.

Last month, Saudi security authorities said two Shiite protesters were killed during a protest over the arrest of a prominent cleric who had preached sermons urging demonstrations against the government.

Saudi Arabia is an overwhelmingly Sunni country and the Shiite minority accuses authorities of entrenched discrimination. The kingdom denies the claims, stating that recent protests have been led by internationally-funded "rioters" who are setting out to create unrest.