King Salman of Saudi Arabia has left his luxury French Riviera holiday home. Local officials said a beach that was controversially closed for the visit is due to reopen to the public. 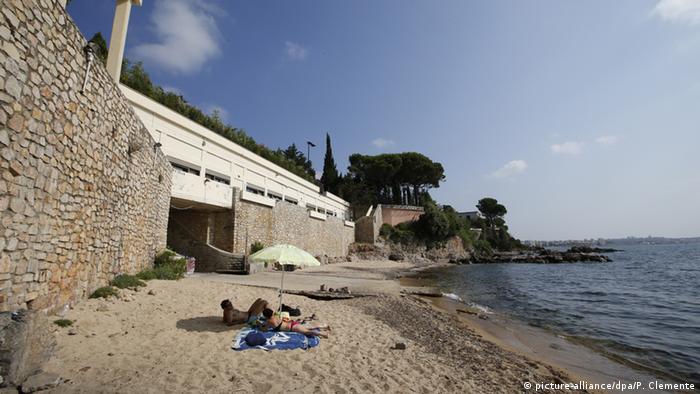 Just over a week after arriving in France for what was expected to be a three-week vacation, local officials said the Saudi king boarded a flight from Nice airport to Morocco on Sunday.

"We can assume that the king has ended his stay at Golfe-Juan," Alpes-Maritimes region official Philippe Castanet told news agency AFP, referring to the town of Vallauris Golfe-Juan where the monarch's holiday home is. Castanet said about half of the 79-year-old king's 1,000-person entourage had also left.

Members of his inner circle were understood to be staying in the king's villa, with the rest in top hotels in nearby Cannes.

Castanet told AFP that security measures which had been in place around the luxury holiday home would be "progressively lifted." He also said the stretch of Mirandole beach in front of it, which had been controversially closed to swimmers and sunbathers, would reopen on Monday.

Before King Salman's arrival, some 150,000 people had signed a petition opposing the closure of the public beach for the king's security and privacy. There was also scrutiny over attempted unauthorized construction works at the property, including an elevator from the villa to the beach, which the local authorities had allowed on the condition that it was removed after the visit.

Reuters news agency quoted an unnamed Saudi source as saying the king had arrived in Morocco as part of his holiday program, and his departure from France had nothing to do with the media coverage the visit had attracted.

It was unclear exactly why the king left or if he planned to return to France.