Saudi Arabia seeks new alliances in the Arab world | World| Breaking news and perspectives from around the globe | DW | 09.11.2011

Saudi Arabia has a strategic position of power on the Arabian Peninsula. Expert Steffen Hertog talks to DW about Saudi efforts to shield itself from revolutionary tendencies in the region and build up new alliances. 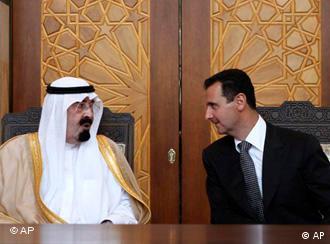 Steffen Hertog is a lecturer in comparative politics at the London School of Economics. He has been researching the comparative political economy of the Gulf and Middle East for more than a decade. His book about the politics of the Saudi bureaucracy, "Princes, Brokers and Bureaucrats: Oil and State in Saudi Arabia," was published in 2010.

Deutsche Welle: Saudi Arabia supported the royal family in Bahrain with troops to help quell protests there earlier this year. Now, it's criticizing the Syrian regime, which is violently oppressing demonstrators. Why?

Steffen Hertog: It took a very long time until the Saudis truly decided to openly take diplomatic action against the Syrian regime. And this only occurred because Saudi Arabia and Syria have a very long and very complicated diplomatic history, during which the Syrian president and the Saudi king were at loggerheads on several occasions. There's apparently no love lost between the two on a personal level. In addition, Syria is perceived as part of a more Shiite-oriented anti-American axis in the Middle East to which Iran and Lebanon's Hezbollah also belong to. It is geopolitically positioned directly opposite Saudi Arabia. Bahrain, on the other hand, has always been a regime that has been very close to the Saudis. 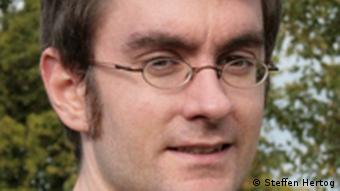 It has a great deal of influence among the few conservative countries in the region, which have not experienced any form of revolution yet. Within the Arab League, its influence is limited for the time being. This is because Egypt for example, which had lost a fair amount of influence in the last two or three decades under Mubarak, has returned to the diplomatic stage. Many Arabs hope that Egypt will once again become a leading diplomatic and also cultural power in the Middle East. It remains to be seen whether this is realistic in the medium term. It's very difficult to gauge at the moment.

Egypt and Saudi Arabia were considered allies for a long time. Now that Mubarak is gone, who are Saudi Arabia's strategic partners?

In addition to the other conservative monarchies on the Arabian Peninsula - so the other members of the Gulf Cooperation Council (GCC) - it is the other two still existing monarchies, Morocco and Jordan. It was the Saudis who instigated inviting them to lead membership negotiations with the GCC with a view to become a member of this organization in the medium term. Especially in the case of Morocco, which lays a couple of thousand kilometers away from the Gulf, this initially appears to be a peculiar idea. But it seems at the moment that both countries are really beginning substantial negotiations with the Cooperation Council.

That means the invitation was not just some crazy idea, as some observers claim, but rather a serious suggestion?

A serious geostrategic intention is behind this. However, with the defensive aim to draw a clear line and demonstrate that the remaining conservative and authoritarian regimes are building up a common defense position. So as it were a type of counterrevolutionary diplomatic construct is being established - and very clearly under Saudi Arabia's leadership. It's a little bit like the concert of powers following the Congress of Vienna in 1815, when the monarchies agreed they wouldn't interfere in each other's domestic matters, but would together protect themselves against revolutionary forces across the continent.

Which interests are at the bottom of this?

It is simply a very, very deep-rooted conservatism reflected in Saudi diplomacy, but also in its domestic, cultural and religious policies. The Saudi princes have for decades built up alliances with other royal families they are close to in the region. In principle, the Saudi regime is for starters very skeptical towards any kind of change. It is practically an instinctive reaction and the monarchy is the last type of rule in the Arab region which has not been attacked by revolutionary powers. The Saudis of course know what happened to Egypt's Mubarak, who was a strategic partner for decades. They're trying now to safeguard themselves and prevent any kind of revolutionary change, at least among their conservative partner nations - supposedly also with the clear message that the political reformers in countries like Morocco or Jordan shouldn't overdo it.

How immune is Saudi Arabia against the protests in the Arab world?

In the short term, I think there is no noteworthy revolutionary potential in Saudi Arabia because the opposition is not sufficiently organized and because the king in particular enjoys fairly strong legitimacy - so far as this can even be measured. Saudi Arabia also has very large resources, to create for example new employment opportunities in the public sector or to increase subsidies. In this respect a lot has also happened: in February and March, several decrees were passed which will channel $130 billion (95 billion euros) to various social services and job creation measures over the next three or four years. This counters any dissatisfaction, which in other Arab states was instrumental in the revolutions there.

The democratic revolutions in the Arab world and Northern Africa have recalibrated alliances in the region. So who is cozying up to whom, and can new ties help conservative states to survive the upheaval? (09.11.2011)

The regime of Syrian President Bashar al-Assad continues to send contradictory signals as it attempts to contain and control the protest movement which is threatening its grip on power. (04.11.2011)

The international community has sharply condemned the violent crackdown in Syria. Support in the Arab world is waning for the Syrian regime, who insists on sticking to its guns. (10.08.2011)