Saudi Arabia has said expenses next year will again exceed revenues by far as the nation tries to lessen its dependence on oil exports. The government said cost-cutting measures would continue unabated. 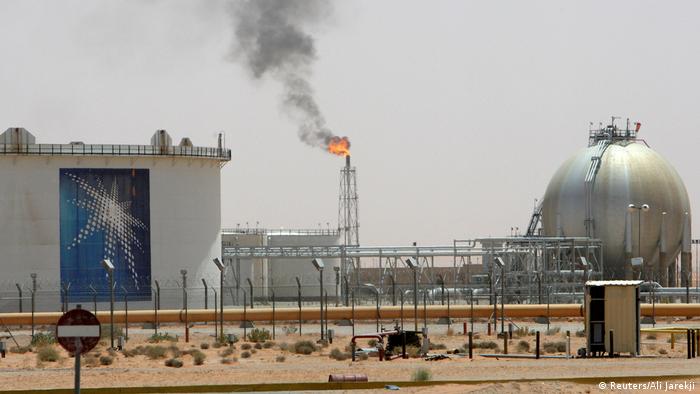 Saudi Arabia on Thursday projected a 2017 budget deficit of about $53 billion (50.6 billion euros).

The cabinet in Riyadh said expenses next year would reach $237 billion, against revenues of $182 billion. The 2017 deficit would thus be huge again, but down 8.9 percent from the 2016 budget forecast.

"This budget comes at a time of a highly volatile economic situation, which led to a slowdown in world economic growth and a drop in oil prices that impacted our country," King Salman said on official television.

The government made unprecedented cuts to fuel and utilities subsidies last year in a nation long accustomed to some of the cheapest oil prices in the world.

The plunge in oil prices led Riyadh to intensify economic reform efforts. In April, it released the Vision 2030 program for diversifying the oil-dependent economy.

At its heart is a plan to float some 5 percent of state oil giant Saudi Aramco on the stock market, with the proceeds helping to form what will be the world's largest state investment fund with $2 trillion in total assets.

The IPO could take place in 2018 and would be the biggest-ever in stock market history.

The kingdom has sold billions worth of sovereign debt in its first global bond sale - the largest ever conducted by an emerging economy. The sale comes as Saudi Arabia's budget is squeezed by low oil prices. (20.10.2016)