French President Sarkozy was to meet with French banking and insurance chiefs Tuesday in the wake of the refusal of the US Congress to approve a finance bail-out. 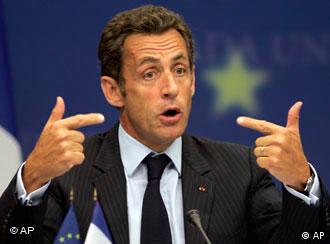 Sarkozy called crisis meeting with both French and European leaders

The aim of the meeting at the Elysee Palace is to "review the situation of the financial institutions as well as the availability of credit to households and companies," Sarkozy's office said Monday, but the defeat in the House of Representatives of the plan to rescue the US finance sector will add urgency to the talks.

Last week, Sarkozy had vowed that the French state would come to the aid of any financial institution at risk of failing, to ensure that depositors did not lose any of their savings.

Economy Minister Christine Lagarde was also due to be questioned by the French parliament on Tuesday on the fallout from the global financial crisis and France's part in the Dexia rescue operation.

Lagarde will hold a closed-door session with the National Assembly finance committee on the multi-billion-euro Dexia rescue before heading to the Senate for debate focused on the "current economic situation and its consequences for the French and European finance systems," the house finance committee said in a statement. 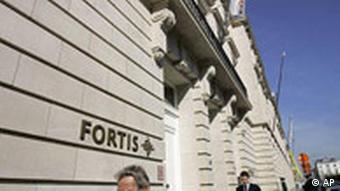 Lagarde took part in pre-dawn crisis talks with President Nicolas Sarkozy, as European governments scrambled to shore up fragile banks against the shockwave from the US financial meltdown.

They headed later into talks with France's top bankers to identify possible weak links in the sector following the decision to save Dexia.

The French president warned in a speech last week that that France would not be spared from the turmoil unleashed by the US banking crisis but promised that no French depositor would lose so much as a euro in savings, and said that the state would rescue failing institutions.

But Sarkozy was battling to stop the fallout from the global financial crisis wreaking havoc on the French banking sector Monday.

France will host a meeting of European officials to prepare a summit "in the coming weeks to establish the basis of a new international financial system," said Sarkozy, whose country holds the presidency of the European Union.

Officials from Britain, France, Germany and Italy -- the EU members of the G8 -- will meet in Paris in the coming days to lay the groundwork, he said on the sidelines of an EU-India summit in the southern city of Marseille. 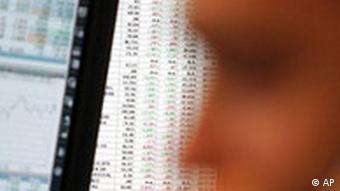 France's is not the only stock market to suffer

"The French banking system is better protected than the others, but the situation has changed," a senior official in Sarkozy's office said. "Banks are in trouble in Germany, Belgium and Great Britain. We feel a bit surrounded."

A further sign of economic trouble came with the release Monday of jobless figures showing that 41,300 people joined the ranks of France's unemployed in August, the biggest monthly spike since 1993, bringing the figure to 1,949,600.

The government convened a crisis meeting of job sector officials late Monday to discuss the figures, which have compounded worries about the financial storm.

Critics accused the government of deceit, saying that for months it had touted progress in economic reforms when the jobless situation was less than rosy even before the financial storm struck.

The right-wing president won election in May 2007 on a promise to rev up the economy and bring unemployment -- long the nation's number one concern -- down to five percent.

The government unveiled a draft budget on Friday that scrapped a pledge to stamp out the deficit by 2012 and as Paris struggled to rein in public spending amid sluggish growth.

"We are in a quasi-recession," said presidential adviser Henri Guaino.

France is headed into a "difficult period" and the government will "do everything that is necessary" to prevent the economy from taking a nosedive, Guaino added.

Economy Minister Lagarde said she nevertheless expected 2009 to end with a jobless rate of 7.1 percent, down from 7.2 percent in the second quarter of 2008.

That figure was the lowest rate in 25 years, capping a steady decline in the unemployment rate that had even allowed the problem to slide off the national radar over the past year.

Opinion polls show purchasing power has replaced unemployment as the number one concern of the average French voter.

Lagarde also unveiled Monday a plan to help French households from falling into a credit trap after the Bank of France said 88,000 people had filed for personal bankruptcy over the past four years, an increase of 70 percent.

The British government is to nationalize mortgage lender Bradford & Bingley (B&B), the second bank this year to be taken into public ownership. (29.09.2008)