Sarkozy hails Joan of Arc to boost election campaign | Europe| News and current affairs from around the continent | DW | 06.01.2012

The French patron saint, Joan of Arc, has become an unlikely focus of the presidential election campaign, on the 600th anniversary of her birth. President Sarkozy is seeking to claim her legacy for his own party. 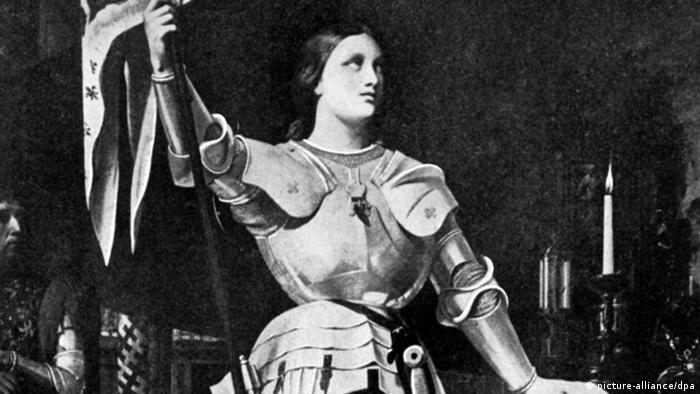 Joan of Arc is a 15th century Catholic martyr

French President Nicolas Sarkozy visited the village of Domremy in eastern France on Friday to commemorate the 600th anniversary of the birth of Joan of Arc as he seeks to reclaim her legacy for his own party ahead of presidential elections. Sarkozy unveiled a plaque in the house where the French patron saint is said to have been born.

But his stunt has clashed with similar plans by the far-right leader and rival presidential hopeful, Marine Le Pen. On Saturday, her party, the Front National (FN) will stage a rally at the base of a statue of Joan of Arc in central Paris. The FN has long hailed Joan of Arc for the way she kicked out English "immigrants" in 15th century France. The party organizes a parade in her honor every year on May 1. 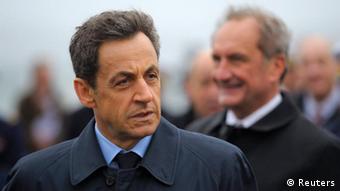 President Nicolas Sarkozy is bidding for re-election in April

As a teenager, Joan led the French army against the English after allegedly experiencing religious visions. When she was subesequently burned at the stake, she became a Catholic martyr, and has served as an inspiration for patriotic Frenchmen and women ever since.

Her broad appeal is key to her immortality: French Catholics see her as a saint, nationalists see her as a royalist warrior, while Socialists hail her humble origins.

President Sarkozy and his center-right UMP party will face a strong challenge from Le Pen when he stands for re-election in April.

Olivier Bouzy is an expert on Joan of Arc and has been Assistant Director of the Centre Jeanne d'Arc in Orleans since 1988. 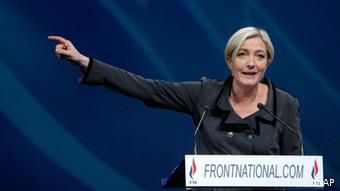 Marine Le Pen certainly believes that Sarkozy is making a cynical bid to steal votes. She claimed on Friday that Sarkozy was playing catch-up in the campaign.

"Joan of Arc belongs to all the French," Le Pen told France 2 television. "But I can see that Nicolas Sarkozy is running after me. He should know that I have stronger convictions, I have a purer heart and I have longer legs," she added.

In the last presidential election in 2007, Sarkozy made his views clear. "Joan is France," he said. "How could we have let the extreme right confiscate her for so long?"

As Olivier Bouzy points out, the battle over the unifying powers of Joan of Arc is nothing new.

"Joan of Arc is one of the people associated with the constructs of unity and with the French mentality in the 1840s," he said. "When the monarchy was chased from power, the revolutionaries constructed a kind of gallery of portraits to serve as models in which the French of all origins could identify and form a national unity."

"France had always been a country divided by religious and political struggles," he added. "Joan of Arc was always someone around whom people from the left and right, Catholic or Protestant, could unite."

The leader of France's Socialist Party, Martine Aubry, has joined the race to become president in 2012. The veteran politician is regarded as her party's second-strongest contender to challenge president Sarkozy. (28.06.2011)

Former French premier Dominique de Villepin has revealed he will stand as an independent candidate for the French presidency. The decision will see him take on bitter political rival and incumbent, Nicolas Sarkozy. (12.12.2011)

Francois Hollande won the French Socialist Party's American-style primary, making him the candidate to run against President Nicolas Sarkozy in 2012 - and he's a surprisingly strong one, according to John Laurenson. (18.10.2011)