Former French premier Dominique de Villepin has revealed he will stand as an independent candidate for the French presidency. The decision will see him take on bitter political rival and incumbent, Nicolas Sarkozy. 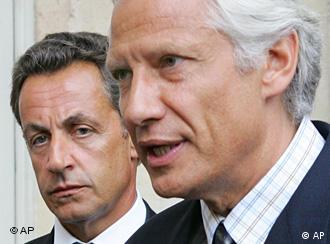 Villepin is a former party colleague of Sarkozy

Former French prime minister Dominique de Villepin announced his decision on Sunday to stand as a rival to President Nicolas Sarkozy in next year's presidential race.

"I have decided to be a candidate in the 2012 presidential election," he told French television channel TF1.

"Ten years is too long" for the country to be ruled by Sarkozy, he said, accusing the president of abandoning French interests and allowing France to be humiliated by financial markets.

The 58-year-old was Sarkozy's main rival for the leadership of the center right before the last election, in 2007. While he is not expected to win a large share of the vote, Villepin's presence on the ballot paper could damage Sarkozy's chances of re-election by splitting the conservative vote.

Pollsters LH2 said on Sunday said that Villepin was currently polling only one percent of the popular vote, down from two percent in its November 20 poll. 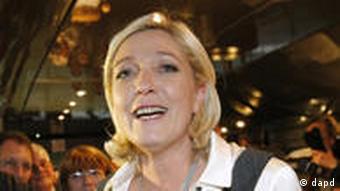 "I don't believe that the truth is on the right, on the left or in the center," Villepin told TF1. "I believe it's a mistake that in presidential elections we turn to political parties."

Villepin left Sarkozy's conservative UMP party in February and published a political manifesto of his own. In September, an appeals court cleared him of being part of a smear campaign against Sarkozy in the build-up to the 2007 presidential election.

Best known internationally for his opposition to the Iraq war at the United Nations in 2003, Villepin served as foreign minister under former French president Jaques Chirac from 2002 to 2004, and as prime minister from 2005 to 2007.

Leading the polls is the Socialist candidate Francois Hollande on 31.5 percent, followed by Sarkozy on 26 percent and then the far-right National Front candidate Marine Le Pen on 13.5 percent.

On Monday, Hollande said that if elected as president next year, he would seek to renegotiate a deal agreed at a landmark EU summit last week

"Without economic growth we will achieve none of the targets on deficit reduction," Hollande told RTL radio. "This accord is not the right answer," he added. He said the deal should have allowed for a greater role for the European Central Bank and insurance of common government bonds in the eurozone.

European leadeers agreed last week to draft a new treaty for deeper economic integration in the eurozone, with a view to imposing stricter budget discipline among member states.

The opening presidential election round is scheduled for April 22, with a possible second round on May 6 to be followed by parliamentary polls in June.

Sarkozy rival Villepin cleared in one scandal, another emerges

Dominique de Villepin, France's former prime minister, has been acquitted of trying to slander political foe Nicolas Sarkozy before the 2007 presidential election. The result leaves Villepin free to run in 2012. (14.09.2011)

Former French prime minister Dominique de Villepin faced a Paris court on Monday in an appeal trial over charges he slandered President Nicolas Sarkozy. He was initially cleared of the charges 16 months ago. (02.05.2011)

France's ex-prime minister Dominique de Villepin has announced he will form a new center-right political party. The party, which will officially launch on June 19, will be independent and open to anyone. (25.03.2010)

Around one in 20 of France's population is of African origin. Many of them are citizens and thus eligible to vote in Sunday's presidential runoff. DW has checked in on the diaspora in and around Paris.