Samsung Electronics has struck a partial deal on higher workplace safety with an organization representing sickened employees and their families. The move came a decade after a worker died from exposure to carcinogens. 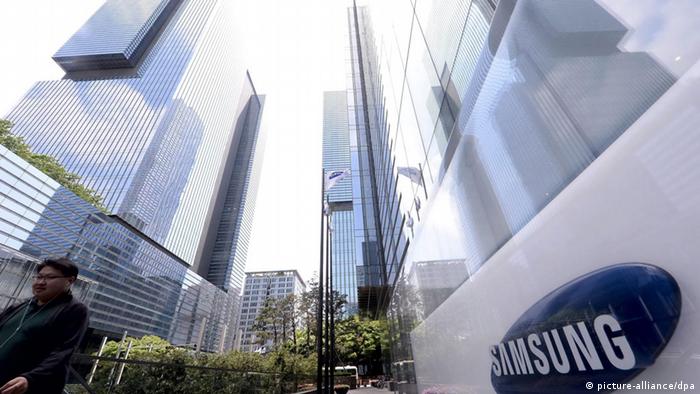 South Korea's Samsung Electronics said Tuesday it had signed a deal on workplace safety with Banolim, the main advocacy group for sick workers.

The agreement was reached nearly a decade after the leukemia death of a 22-year-old chip worker, which raised concerns about exposure to hazardous substances in the country's semiconductor industry.

The accord entails the setting up of an external committee that will have oversight of safety at Samsung. Its mandate includes spot checks of chemical used in the manufacturing process. If any hazardous substances are detected, the company's health management team will need to order their use stopped, the agreement says.

Lifting the veil of secrecy

Samsung also agreed to give workers access to information related to their health and safety when they apply for government insurance covering occupational diseases. Workers had frequently complained that trade secrets meant they were denied information about chemicals that might have affected their health.

Samsung and Banolim failed to reach a breakthrough on compensation for employees who became seriously ill, allegedly due to exposure to carcinogens at chip and LCD production facilities. The advocacy group had argued an independent organization should oversee compensation procedures.

More than 200 current or former Samsung workers suffering from grave illnesses had sought help from Banolim. Seventy-six of them died, many of them from cancer.

Management said more than 150 people had applied for compensation from the company's own fund, but executives refused to disclose just how much of its $85.5 million (78.5 million euro) fund had so far been used to compensate employees.