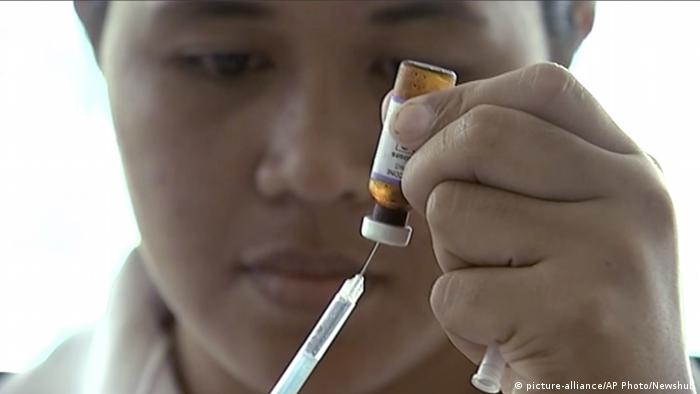 The Government of Samoa on Wednesday asked families who had yet to receive a measles inoculation to display a red cloth or flag outside their homes to aid mass vaccination efforts, as authorities attempt to stem an epidemic that has killed dozens of infants.

Official data put the current death toll from the outbreak at 60, with 52 of those who have perished aged four or under.

Vaccinations in recent weeks have focused on children but authorities have now broadened its program to cover the entire Samoan population. 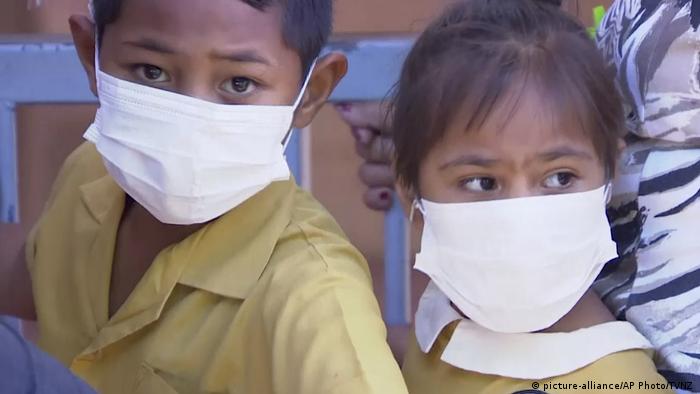 Masked children wait to get vaccinated at a health clinic in Apia, Samoa

The Samoan Government posted on its official Facebook page that it will be conducting a "door to door mass vaccination campaign on Thursday 5th and Friday 6th December, 2019, throughout the whole country."

The Pacific nation with a population of 200,000 will grind to a halt during these two days as non-essential government services close so public servants can assist in the vaccination process.

Authorities require assistance to know who has yet to receive the potentially life-saving injection. The social media post continued: "The public is hereby advised to tie a red cloth or red flag in front of their houses and near the road to indicate that family members have not been vaccinated. The red mark makes it easier for the teams to identify households for vaccinations."

Foreign aid given to Samoa as global outbreaks increase

The sovereign state which consists of two islands has been given aid from far and wide in its struggle against the crisis. Australia, New Zealand, France, Britain, China, Norway, Japan, the United States and the UN have all contributed to the cause.

Last week, the UN's World Health Organization released an update on global measles cases, noting a spike in the number of cases confirmed.

The report said some 440,200 cases had been reported as of November 5, topping the 350,000 cases reported in 2018. The deadly illness, which can be easily prevented with vaccinations, is spreading around the world.