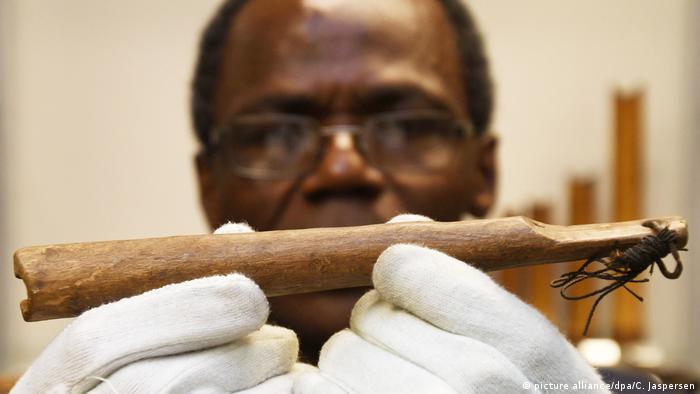 Germany's "ignoble" past as a colonial power remained a decades-long "blind spot" in how it remembers history, wrote Monika Grütters and Michelle Müntefering in their guest article in Saturday's Frankfurter Allgemeine Zeitung (FAZ) newspaper.

"How can museums and collections justify having objects with colonial contexts in their collections, whose [past] transfer to Germany contradicts our present-day values system?" they asked.

This historical reappraisal "belongs in the lecture halls, in school books and in television programs" to fix Germany's euro-centric "memory lapse," Grütters and Müntefering insisted. 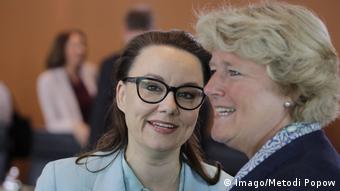 Located in Germany are more than 6,300 museums and 470 exhibition facilities that draw 118 million visitors yearly, according to the most recent data from Berlin's Institute for Museum Research.

Only a few, such as the German Historical Museum (DHM) in Berlin, are federal institutions. Most repositories belong to communal and regional state authorities as well as foundations, church communities, and universities that house ethnological collections.

Until its defeats in two world wars, former imperial Germany, like other past European powers, exercised colonial power in Africa, for example in what is now Tanzania and Namibia, and the Pacific region, for example Samoa and Papua New Guinea.

Visiting Namibia in August, Müntefering asked for "forgiveness from the bottom of my heart" as Germany returned human remains of 27 Herero and Nama.

They were among some 70,000 ethnic people killed under an "extermination order" issued by German general Lothar von Trotha during a 1905 uprising. Skulls were sent to imperial Germany for "research," later used by the Nazis against Jews.

Although it recognized the killings as genocide in 2015, postwar Germany has not yet formally apologized. Herero and Nama are pursuing a US class-action lawsuit for reparations.

Last July, the German Museums Association, representing 900 museums and institutions, issued its Guidelines on Dealing with Collections from Colonial Contexts, including a list showing where colonial powers were present.

The association concluded that "large gaps" in provenance [origin] research and digitization of artifacts, some centuries-old, exist at Germany's thousands of repositories.

"Many museum objects in Germany were collected between the 17th and the early 20th centuries, said the association, stressing "all kinds of museums" must disclose and explain what items they still hold.

In their joint article Saturday, Grütters and Müntefering called for "maximal" transparency and research, including a nationwide database, so explanations on the origins of colonial-era artifacts are also put on display for visitors to learn about the object's historical context.

Looking back over decades at Germany's colonial past, the injustices of that period had been "forgotten and shut out," they said.

Africa and Antarctica at Bremen museum

How seriously is Germany taking its colonial history? 26.04.2021

Genocide, looted art, stolen skulls: Calls for Germany to acknowledge its colonial past have grown louder. Four years ago, the German government promised to reexamine the issue, but has any real progress been made?