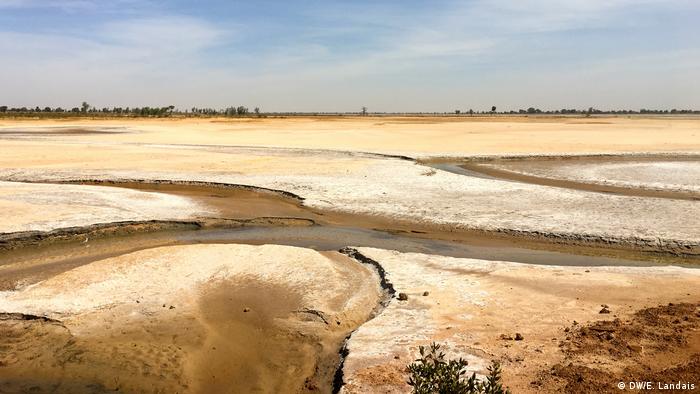 Senegal's Siné Saloum Delta is a biodiversity hotspot. Just 180 kilometers south-east of Dakar, the UNESCO world heritage site covers some 180,000 hectares, comprising wetlands, lakes, lagoons and marshes, as well as sandy coasts and dunes, terrestrial savannah areas and dry, open forest. It's home to 400 species and plays a vital role in flood control and regulating the distribution of rainwater for the local people and wildlife.

But due to drought, climate change and the uncontrolled logging of mangrove forests, the ground's salinity has shot up – threatening the livelihoods of thousands of people living there. One of them is Khadiome Ndongue, a resident of Sadio Ba near the west coast town of Foundiougne. Every day she draws water from a well in the community vegetable garden. The water from the well dug in 1988 has gradually turned salty over the last twenty years.

During the dry season, in the wetland along the Saloum river, underground fresh water retreats, letting seawater in. This is known as saltwater intrusion - the movement of saline water into freshwater aquifers – making fresh water sources undrinkable.

Sadio Ba village has had to abandon rice cultivation because of  this salination. "The salt has caused a lot of damage in the fields. The scale of our agriculture is decreasing more and more because we don't use the salted ground,” she said. 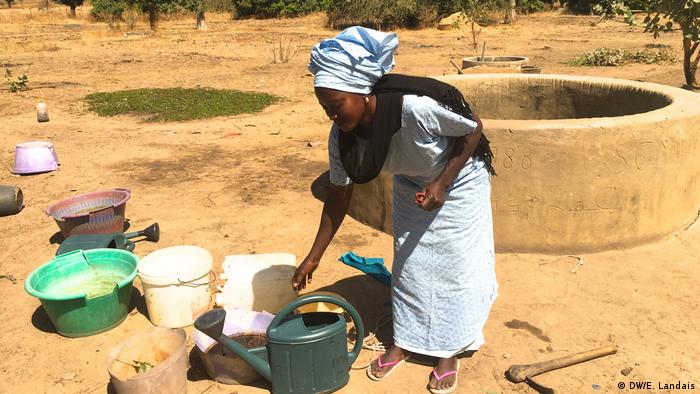 "We can only use the arable land. Our yields are low and we have problems feeding families and selling our crops like before. Because of the salt we've abandoned the rice fields. Instead, we grow groundnuts, maize, and millet,” said Ndongue.

A few years ago a visiting engineer suggested dropping bags of rice and millet husks, a fine inedible powder residue made from pounding grain,  into the well, in order to reduce salinity. It has worked, at least in the contained area of the well.

The Siné Saloum Delta has been identified as the most important place in Senegal, and even in West Africa, for its population of bird species. The goliath heron, the great egret and the grey heron are a common sight. But climate change, drought, and the uncontrolled cutting of mangroves, a natural saltwater barrier, are increasing the salinity of the ground with huge impacts on the delta's unique biosphere, says Ballé Seye, project manager at the International Union for the Conservation of Nature (IUCN).

"Mangrove forests help stop the advancement of salinisation in the crop fields,” said Seye. "Now all these mangroves are just relics, destroyed. The result is that there's a strong advance of salinisation in the fields and especially pastoral zones. No grass grows on this land ,so you can imagine the difficulties herders will have in a few years,” he said.

The first initiative was to develop ways to regulate the exploitation of forestry and fisheries. The second was to construct anti-salt barriers with local materials and lastly, to restore 90 hectares of forest to improve soil quality. 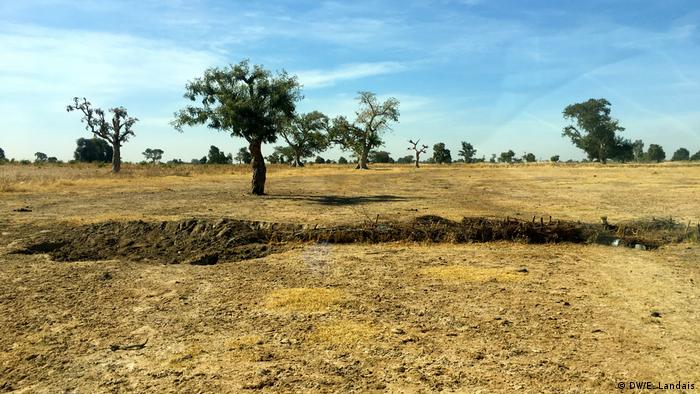 Villagers were trained to grow a nursery of forestry species that can resist increased salt levels in the soil. In Sadio Ba village, 100 square metres of land have been fenced off so that trees can be planted, and will serve as a managed forest area.

"Here, the major difficulty for women is access to firewood. If there's a village forest set up with rules, it will enable women in the long term and in the medium term to have wood for fuel for their consumption, and to replant at the same time,” said Seye.

Around the world, wetlands continue to be drained and reclaimed for farming, as they are seen as a barrier to agriculture. According to the Ramsar Convention, while there is a need for more food production from land, the conversion of wetlands has far reaching impacts on their own ecosystem, and communities living off the ecosystem wetlands provide.

World Wetlands Day is celebrated every year on 2 February. It marks the day the Convention on Wetlands was adopted in 1971, in the Iranian city of Ramsar. This year's the theme is Wetlands for Disaster Risk Reduction highlighting the vital roles healthy wetlands play in reducing the impacts of extreme events, like floods.