Low-cost carrier Ryanair will have to repay millions in illegal subsidies, the European Union has ruled. The Irish airline has threatened to unleash a flood of litigation against rivals. 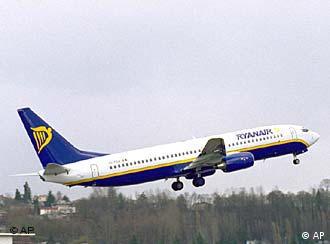 Ryanair could be grounded at Charleroi.

In the eyes of Timothy O'Leary, the outspoken head of the no-frills carrier Ryanair, it is a classic case of EU bureaucracy hurting the economy of Europe for no good reason. The EU sees the case differently, saying Ryanair has to the follow the rules just like everyone else.

The EU will require Ryanair to pay back Belgian subsidies granted to to encourage the airline to maintain a hub at Charleroi airport, south of Brussels. The amount that Ryanair will have to repay is being debated by the full 20-member European Commission.

According to Reuters, it is estimated that the EU will ask Ryanair to repay between two and seven million euros ($2.5 - $8.7 million), about a quarter of the total subsidies the carrier received.

The EU decided that subsidies Ryanair received from Charleroi airport in the form of lower landing fees, ground handling charges and marketing costs were illegal. However, it took a softer stance on cost breaks Ryanair received to help its marketing and open an office at the airport.

The ruling could mark the start of a longer, bloodier battle. 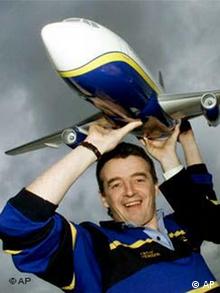 Ryanair chief O'Leary (photo) has gone on the offensive, announcing before the ruling that were Brussels to decide against the low-cost carrier, he would pull out of Charleroi and launch potentially costly legal action against rival carriers and other regional airports.

The carrier said forcing repayment at Charleroi could force airlines and airports to make similar repayments since agreements such as the one Ryanair has in Belgium are common in almost all EU countries.

"This means, effectively regional airports, that are publicly owned...now will no longer be allowed to offer discounts to airlines in return for low fare air travel," O'Leary said on a BBC television program. 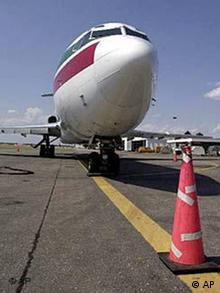 He said a negative outcome for his company could force other no-frills carriers to raise the prices, putting the whole future of low-cost air travel in question. According to him, it could also seriously impact the economies in those regions around once-sleepy airports that have benefitted from the budget air travel boom.

Charleroi on the front lines

When Ryanair first arrived in Charleroi in 1997, it turned the obscure, little-used airport into its European hub. The airline added 700 jobs on site and another 2,600 were created indirectly. Estimates are that some 10 million will pass through the airport in the next five years.

While Ryanair's arrival did not solve all of Charleroi's woes, it did give hope to the town of 400,000, whose residents often left it for Flanders or Brussels to find work.

"If Ryanair left it would be catastrophic. It would be just too difficult to find work," Mohamed Belhejdoub, who manages the currency exchange desk at the airport, told Reuters.

EU not against low-cost carriers

The European Commission insists it is in favor of no-frills airlines, and points to its efforts towards promoting deregulation and ending state aid to national carriers that help fuel the meteoric rise of Ryanair and its ilk.

It says it is taking actions in this case to ensure that everyone plays by the same rules. The regulations ban subsidies unless they are on a purely commercial, such as those offered by a private airport operator.

The ruling comes on the heels of a court judgment against Ryanair ordering it to provide free wheelchairs to those who need them.

The case centered on a 54-year-old passenger with cerebral palsy who sued the carrier after he was charged €26 ($32) to use a wheelchair at Stanstead airport. The plaintiff, London resident Bob Ross, won the case and the court ordered Ryanair to reimburse him for the wheelchair charge and to pay damages.

Ryanair's O'Leary said the company would appeal the ruling, adding that he thought the 50 pence (70 cent) surcharge that has now been added to every ticket to cover the costs of wheelchairs would be short lived.

Putting the Brakes on Budget Airlines?

German politicians who focus on environmental issues have accused the popular no-frills airlines of dumping prices to attract passengers, all to the detriment of the environment. They want ticket prices to go up. (Sept. 15, 2003)

At a time when a war-related decline in business travel has prompted Lufthansa to ground 55 of its planes, the continued rise of low-cost airlines bucks the trend. But how? (Apr. 2, 2003)

Police in Bavaria are looking for a two-meter wooden penis sculpture that has become a celebrated local landmark in recent years. The phallus landmark, the origins of which remain a mystery, disappeared over the weekend.

The small town of Hildburghausen has a high coronavirus rate, but there have been angry protests against lockdown measures. The District Administrator is now under police protection after receiving death threats.