Rwandan police killed 11 people as they were breaking up a crowd demonstrating against a cut in food rations, the United Nations refugee agency has said. The World Food Program cut food rations by 25 percent in January. 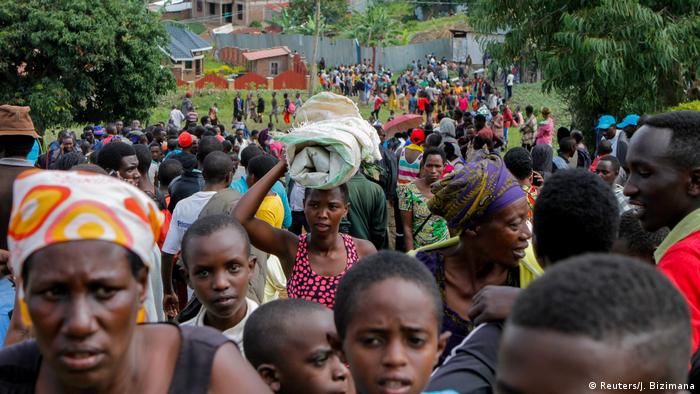 Of the 11 people killed in last Thursday's incident five were Congolese refugees, the UN refugee agency (UNHCR) said on Monday.

Over 20 people were injured, including members of the police force and UNHCR staff.

UNHCR external relations officer Daniela Ionita said the deaths occurred in Kiziba refugee camp and the nearby town of Kibuye in western .

Eight of the refugees died in Karongi town, where thousands had gone to protest at the offices of UN's World Food Program, and three died inside the Kiziba Camp.

Rwandan police had confirmed only five dead in a statement on Friday that said they had acted after "demonstrators armed with stones, sticks and metal projectiles assaulted and wounded seven police officers."

The clash followed days of sit-in protests against the reduction in food aid at Kiziba refugee camp. Underfunding forced the World Food Program to cut food rations by 10 percent in November, and by an additional 25 percent in January.

"This tragedy should have been avoided and the disproportionate use of force against refugees is not acceptable," said the UNHCR's Ionita.

The UN is urging Rwandan authorities to investigate. The UNHCR was expected to resume aid work in Kiziba camp on Tuesday.