Russian director Kirill Serebrennikov has been released from house arrest by a Moscow court, news agencies say. His detention is seen by many as politically motivated. 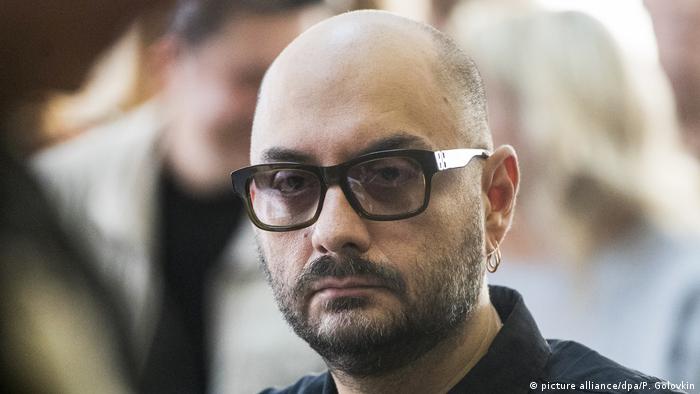 A Moscow court on Monday ordered the release on bail of Russian film and theater director Kirill Sebrennikov, who has been under house arrest for a year and a half on controversial embezzlement allegations, according to various Russian news agencies.

Serebrennikov was taken into custody in August 2017 over accusations that he had been involved in embezzling state funding for the arts, charges he has denied.

Some observers believe he was targeted by authorities for his criticism of the Russian Orthodox Church, to which several top-ranking lawmakers in the Kremlin appear to have links.

Serebrennikov told the Interfax news agency that he intends to return to work at the Gogol Center in Moscow, the theater that he heads.

"I will celebrate now but will return (to work) very soon. It's not easy psychologically but there is so much to do; we have plays, rehearsals," he said.

Serebrennikov, 49, was the recipient last week of one of Russia's most prestigious film prizes, the Nika Award, for his film Leto (Summer). The film is about the Soviet rock star Viktor Tsoi. Serebrennikov was awarded the prize in absentia.

He has reportedly been freed on condition that he does not leave Moscow.