A Russian tourist with a drugged orangutan in his suitcase has been arrested at Bali's international airport. If convicted, the man faces jail time and fines. Only 100,000 of the protected species remain worldwide. 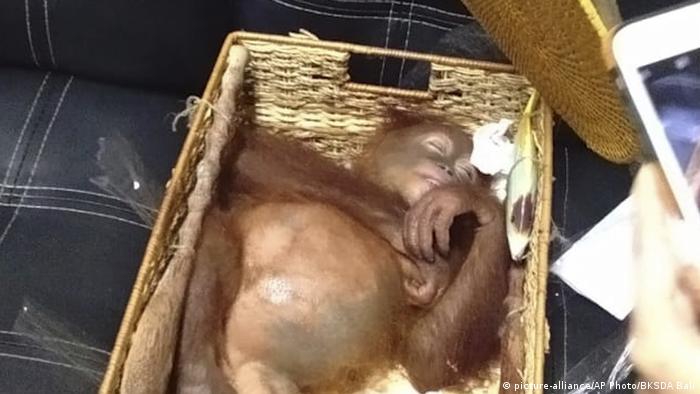 Bali's conservation agency said a 27-year-old Russian man, who was departing Denpasar airport on a flight to Russia, was stopped when staff using an X-ray machine spotted the 2-year-old male ape inside his suitcase.

"We believe the orangutan was fed allergy pills which caused him to sleep. We found the pills inside the suitcase," agency official Ketut Catur Marbawa said. Police were checking to see if international smuggling syndicates were involved, he added. 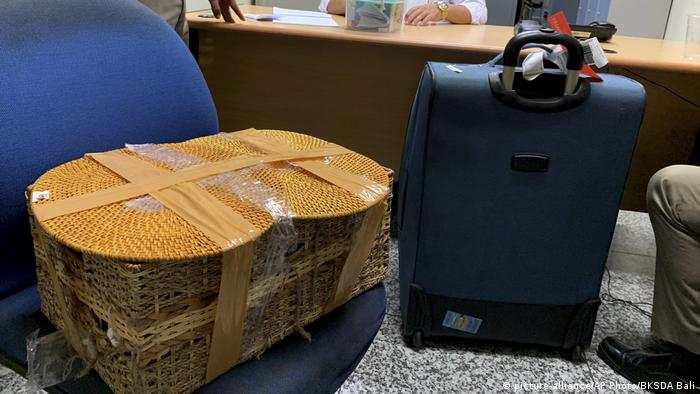 The 27-year-old also packed baby formula and blankets for the orangutan, Marbawa said

Local authorities quoted the Russian as saying he had been gifted the young orangutan by a friend, another since-departed Russian tourist, who purchased the animal for $3,000 (€3,600) at a street market on Indonesia's main island of Java.

Marbawa said the accused, if convicted, could face up to five years in prison and $7,000 in fines for attempting to smuggle the animals.

Only about 100,000 orangutans, a critically endangered species, remain worldwide, according to the International Union for Conservation of Nature (ICAN). 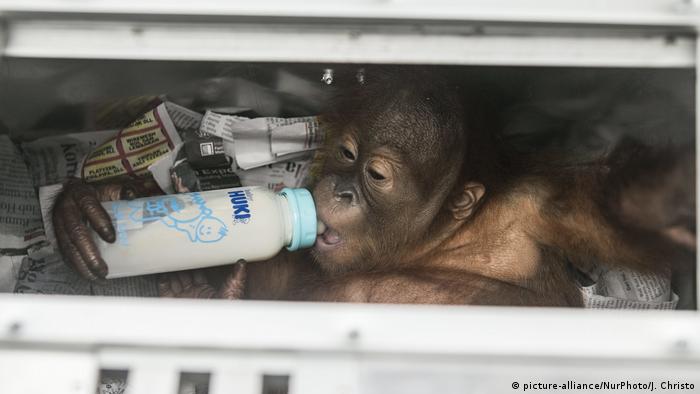 Robbed of their forest habitat on Indonesia's islands, including Borneo and Sumatra, due to palm oil and paper production, some orangutans end up being shot or poached for sale as pets.

Last year, four Indonesian men were arrested over the killing of an orangutan on Borneo, which they were accused of shooting some 130 times with an air gun.

Only around 13,400 Sumatran orangutans remain in the wild.

The Malaysian state of Sarawak is home to some of the largest but most at-risk populations of orangutans in the world. The Semenggoh Wildlife preserve is at the forefront of efforts to ensure they survive. (16.08.2018)

A month in quarantine is Jambi the rare orangutan's first experience of new life in the USA. Then he heads for New Orleans to start a new family with three female companions as part of a conservation project. (13.09.2018)

Locations where volunteers can work with orangutans