For five years, the shooting death of Anna Politkovskaya has represented the dangers facing journalists who dare to speak out against the Russian government. Now authorities have confirmed a new arrest in the case. 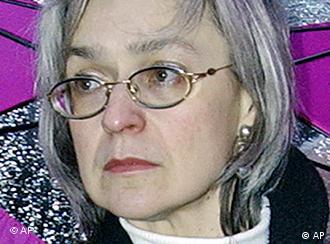 Five years after anti-Kremlin journalist Anna Politkovskaya was gunned down near her Moscow home, Russian authorities have arrested a former senior police officer suspected of masterminding her murder.

Politkovskaya's opposition Novaya Gazeta newspaper broke the story, reporting that retired police lieutenant colonel Dmitry Pavlyuchenkov had been arrested on charges he received money to obtain the murder weapon and organize the criminal group that carried out the assassination.

Russian authorities confirmed the arrest, although its timing remained unclear.

"According to the investigation, Pavlyuchenkov received the order to organize the killing of Anna Politkovskaya from an unknown individual in exchange for a monetary reward, and gave his agreement," Vladimir Markin, spokesman for the investigative committee, said in a statement carried by Russian news agencies.

Markin said Pavlyuchenkov was suspected of giving money, a gun and a silencer to Politkovskaya's alleged killer, Rustam Makhmudov. Makhmudov was arrested in late May.

The announcement of Pavlyuchenkov's arrest marks a major development in the October 2006 murder case, which has yet to produce any convictions. 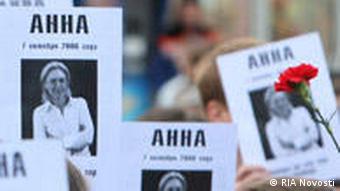 Russia's opposition continues to question why there has been no conviction

Anna Stavitskaya, a lawyer for the journalist's family, spoke of a "turning point" in the investigation.

"We will make sure that all those who were involved in this murder are brought to justice," she said.

Of Pavlyuchenkov, the lawyer said: "We had long suspected that he could have been involved."

The alleged mastermind of the attack testified in the case in 2008, albeit as a witness, according to a report by Novaya Gazeta.

Two Chechen brothers, Dzhabrail and Ibragim Makhmudov, and former police officer Sergei Khadzhikurbanov were tried for suspected involvement in the killing but were acquitted in 2009 based on a lack of evidence.

Their acquittal has since been annulled by Russia's top court, and a new investigation is open with the same suspects. 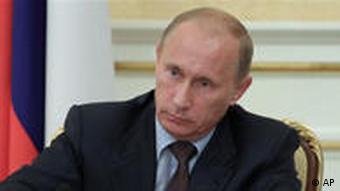 A thorn in Putin's side

Politkovskaya was awarded several international prizes for her reports accusing Prime Minister Vladimir Putin of using the Chechen conflict to stifle democracy during his presidency.

Her killing sparked international outrage and underlined the dangers facing reporters in Russia who dare to challenge the authorities.

In the days following Politkovskaya's murder, Putin called the killing "an unacceptable crime that cannot go unpunished" but also described her influence on Russia's political life as "insignificant."

Politkovskaya's case is regarded as a symbol of the challenges to press freedom in Russia.

A man long suspected of being involved in the killing of Russian journalist Anna Politkovskaya is being held by Russian authorities. Since her murder in 2006, little progress has been made in the case. (31.05.2011)

Medvedev vows culprits behind journalist beating will be punished

Pressure is growing on the Kremlin to deal with a spate of attacks on Russian journalists. As one man remains in a coma after a weekend beating, two more journalists have reported being attacked. (08.11.2010)

In its 2010 press freedom index, Reporters Without Borders ranked Russia higher than in previous years. It's a decision that has surprised independent Russian newspaper 'Novaya Gazeta.' (27.10.2010)