Russia is celebrating its victory over Nazi Germany 70 years ago with a massive military parade in Moscow. Many Western leaders have snubbed the festivities amid tensions over Russia's role in eastern Ukraine. 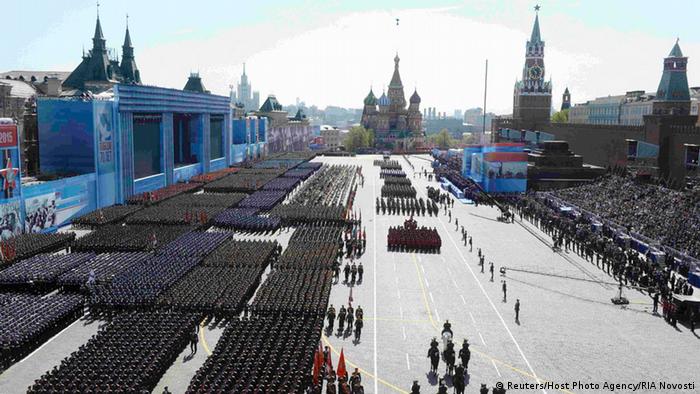 Russia's latest military hardware and more than 16,000 troops were to take part in the extravagant show, slated to be the biggest parade of its kind since the collapse of the Soviet Union.

In his address, Russian President Vladimir Putin paid tribute to the Red Army and thanked wartime allies France, Britain and the United States for helping to defeat Nazi Germany.

He added, however, that there had been "attempts to create a unipolar world" in recent decades, apparently refering to the US which Moscow has criticized for seeking to dominate global affairs.

Several international leaders, including US President Barack Obama, British Prime Minister David Cameron and German Chancellor Angela Merkel, are boycotting the event in protest of Russia's role in the annexation of Crimea, and its alleged support for rebels waging an insurgency in eastern Ukraine.

United Nations chief Ban Ki-moon, Chinese President Xi Jinping and Indian President Pranab Mukherjee are among some 20 other leaders at the parade.

A highly-anticipated feature of the parade is Russia's latest generation of T-14 Armata battle tanks, equipped with a remote-controlled gun turret capable of firing missiles.

A series of new robotic armored vehicles and artillery systems were also expected to be among the new weapons on show. More than 100 military planes, including long range nuclear bombers, are scheduled to swoop over Moscow in a fly-by. 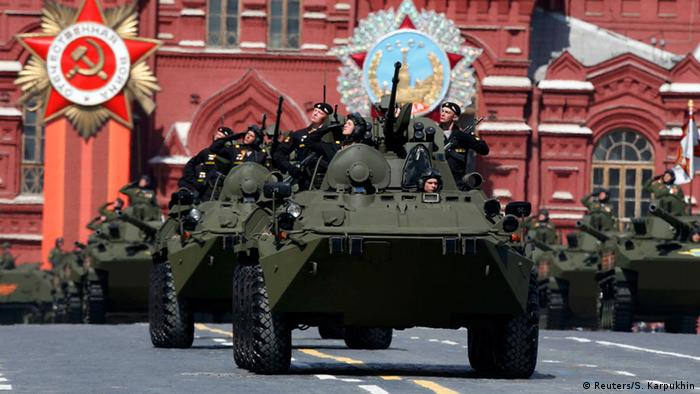 More than 26 million Soviet citizens lost their lives in the Second World War, eight million of which were troops. After Saturday's parade, some 165,000 people are expected to march through central Moscow with portraits of relatives who fought in the war.

Smaller parades are scheduled to take place in 25 other Russian cities.

Speaking on Friday, Russian President Vladimir Putin paid tribute to the leaders of the former Soviet republics that fought along with Russia as part of the Soviet Union. However, he pointedly congratulated only the "citizens" of Ukraine, rather than Kyiv's pro-Western government.

While most Western leaders aim to steer clear of the anniversary celebrations altogether, German Chancellor Angela Merkel is to arrive in Moscow on Sunday to hold talks with Putin and to lay a wreath at the tomb of the Unknown Soldier.

Russia's celebrations take place a day later than those in Western Europe because of a time lag, and the late hour at which a surrender was signed. For the first time in 70 years, Ukraine on Friday joined most of Europe in marking the end of World War Two on May 8.

Opinion: Instrumentalizing history - Moscow and May 9

The German government wants to commemorate with Russia the 70th anniversary of the defeat of the Nazis. DW's Ingo Mannteufel says that Vladimir Putin's attempts to exploit May 9th are making this task difficult. (09.05.2015)