Russia opens Katyn archives to general public for the first time | Europe| News and current affairs from around the continent | DW | 28.04.2010

Moscow has put the documents relating to the 1940 massacre of Polish officers at Katyn and other locations in the USSR by the Soviet secret police online in an unprecedented show of openness. 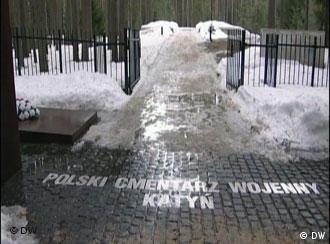 With the files online, Russian-Polish relations may improve

Following an order by Russian President Dmitry Medvedev, the Russian state archive has published secret documents containing information about the Katyn massacre online. Poland released the information in the files to the public a few years ago, but until now the originals had only been available to researchers visiting the archives in Moscow. 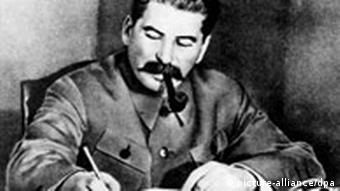 Among the documents now online is a four-page letter to Soviet dictator Joseph Stalin by Lavrenty Beria, head of the NKVD secret police, proposing that they "quickly examine the use of the highest means of punishment - death by shooting," in dealing with thousands of Polish prisoners held by the Soviets.

Stalin's signature and a red "Top Secret" are on the first page of the document, dated March 1940.

The papers show that Stalin ordered the execution of some 22,000 soldiers and civilians in Katyn and other Soviet locations in April and May of 1940. Signatures in the files also prove that all of Stalin's successors reviewed the documents, despite the fact that Russia officially blamed Nazi Germany for the massacre until 1990. Archive chief Andrei Artisov said deliberately forged "evidence" implicating Germans had also been found in the archives.

The publication comes as ties between Poland and Russia have been warming, following the death of Polish President Lech Kaczynski and 95 others in an airplane crash in western Russia earlier this month. When the plane crashed on April 10, Kaczynski was actually on his way to Katyn to attend a ceremony marking the 70th anniversary of the massacre. 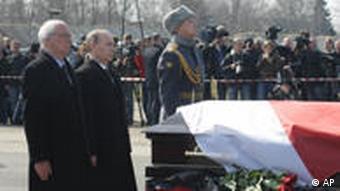 Poland has long demanded that Russia open all its files on Katyn and Russia's delay has strained relations between the two countries. Putting the files online, however, "is important but mainly symbolic," according to Yan Rachinsky, a member of the board of directors of the Memorial human rights group.

Memorial has been fighting for a separate set of documents relating to a 1990s investigation in Katyn to be declassified. "It does not settle the problem. There are still classified files from the Katyn investigation," news agency AFP quoted Rachinsky as saying.

Russia and Poland are jointly commemorating the thousands of Poles slaughtered by Soviet secret police in 1940. But it's only recently that Russia has confronted one of the darkest chapters in its history. (06.04.2010)

Reconciliation between the Russians and the Poles over the Katyn massacre is still a controversial subject (07.04.2010)