Latvia is holding parliamentary elections that are likely to see its center-right coalition returned to power. However, many Latvians fear a strong showing by a party supported by Russophones in the country. 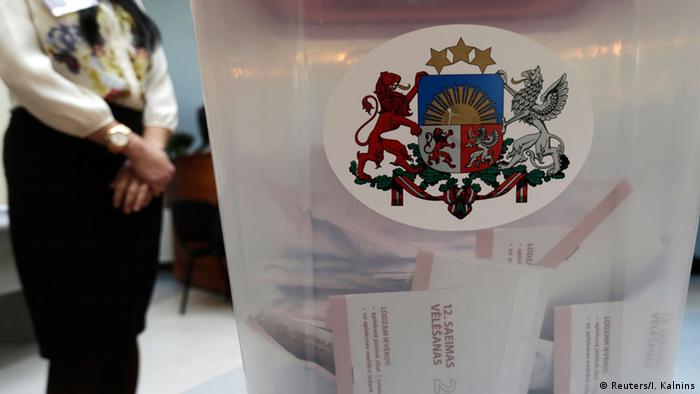 Polling stations opened in Latvia on Saturday for parliamentary elections from which the current ruling center-right coalition under Prime Minister Laimdota Straujuman is likely to emerge victorious.

The four parties in the coalition scored 33 to 61 percent support in recent polls carried out by the independent research company SKDS, against 18-24 percent for the opposition left-wing Harmony party, which is mainly backed by the quarter of the population who are ethnic Russians.

The poll comes amid growing alarm among many Latvians in the face of Russian interventions in Ukraine, particularly the annexation of Crimea in March. Latvia, now an EU, eurozone and NATO member, was under Soviet rule until 1991.

Straujuma has called for more NATO troops and extra air patrols in the country, which borders Russia, amid fears of a Russian resurgence.

Fears of growing influence from Moscow have also caused misgivings among coalition supporters at the popularity of the Harmony party, which is allied with Russian President Vladimir Putin's United Russia.

Harmony received the most votes in a snap election in 2011, but this was not enough to give it a majority. Having failed to find coalition partners, it was relegated to the opposition in the 100-seat parliament.

Latvia topped the growth table in the EU for a third year running in 2013 at 4 percent, and joined the single-currency eurozone in January this year - a remarkable austerity-driven recovery for a nation that saw a fall of 18 percent in GDP in the first three months of 2009 amid the 2008-2009 global economic crisis.

Business circles fear that the current sanctions war between the EU and Russia over the Ukraine crisis could badly hit the economy.

The roughly 1.5 million eligible voters in Saturday's elections can choose from 13 parties. Preliminary results are expected overnight, with polling stations closing at 1700 UTC.