Russian Foreign Minister Sergei Lavrov says the US evidence of chemical weapons use in Syria does not meet stringent criteria for reliability. The US has cited that evidence as grounds for arming Syrian rebels. 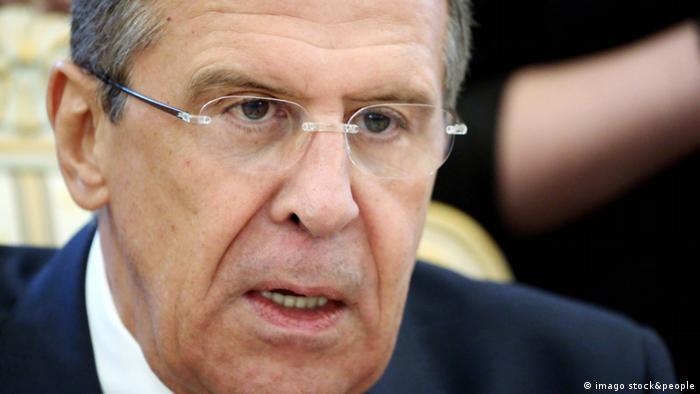 Speaking from Moscow on Saturday, Lavrov said the evidence did not include guarantees that met the requirements of the Organization for the Prohibition of Chemical Weapons (OPCW). The organization specifies that samples taken from blood, urine and clothing can be considered reliable evidence only if supervised by OPCW experts from the moment when they are taken until delivery to a laboratory, Lavrov said.

The OPCW is an autonomous body based in The Hague, Netherlands, that oversees the implementation of the Chemical Weapons Convention, which entered into force in 1997. Syria is one of six countries that has "neither signed nor acceded to" the convention, according to the OPCW website.

The United States wants to provide additional military support to the Syrian rebels. Both sides in the conflict are already getting weapons from abroad. Will the weapons of war increase the chances for peace? (15.06.2013)

The White House said this week that it was going to arm Syrian rebels after claiming to have evidence that President Bashar al-Assad had used chemical weapons in the country's civil war.

Lavrov, who spoke to reporters after meeting with his Italian counterpart, said it did not make sense for al-Assad to have used chemical weapons when the government already maintains a military advantage over the rebel fighters.

"The regime doesn't have its back to the wall," Lavrov said. "What would be the sense of the regime using chemical weapons, moreover at such a large scale?"

Western diplomats on Friday said the Obama administration was also considering implementing a no-fly zone over Syria, although the White House later said it had no interest in doing so because it would be costlier and more difficult to set up than the one in Libya.

Lavrov warned against any attempts to enforce a no-fly zone over the country, saying: "You don't have to be a great expert to understand that this will violate international law."