Brazilian senators have voted by 61 to 20 to permantly remove the leftist president from office. Lawmakers accused her of breaking budget responsibility rules. 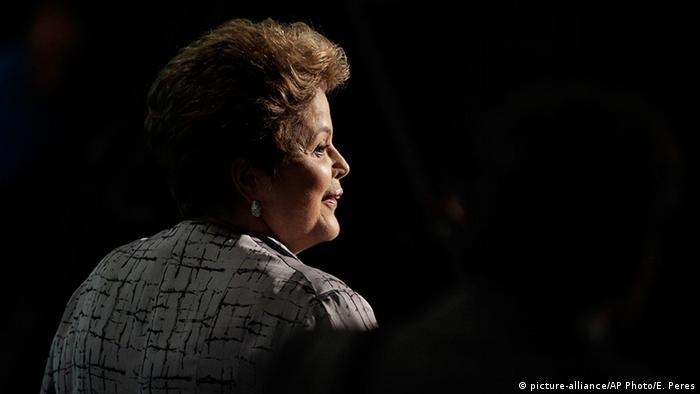 Wednesday's decision ends the 68-year-old's five-and-a-half-years in power, and more than a decade's dominance by her leftist Workers' Party.

Rousseff at the last moment campaigned for the Senate to hold two separate votes; one to decide whether she should be impeached and another on whether to bar her from any public office role or eight years.

The final vote followed a marathon 13-hour session on Tuesday, when about 60 senators declared they would vote against her, which effectively sealed her fate.

A two-thirds majority in the Senate, or 54 of 81 total votes, was required to remove the country's first female president and ban her from public office for eight years.

Brazil's 36th leader was suspended on May 12 in a 55-22 vote, over allegations she manipulated government accounts during her 2014 re-election campaign.

Her critics say she obscured the country's worsening budget situation and authorized lines of credit without congressional approval.

Rousseff has continually denied any wrongdoing, insisting that previous presidents had used similar accounting measures. She said her removal was part of a 'coup' by the country's economic elite.

During a marathon session on Tuesday, Rousseff defended her record, arguing that he had not committed any crime. 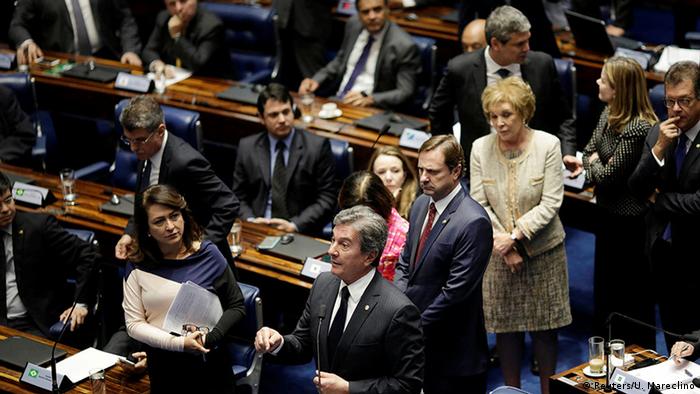 The result means that Vice President Michel Temer of the centre-right Democratic Movement Party, who has been serving as interim president, will continue in the role until Rousseff's second term ends in 2018. He was sworn in on Wednesday afternoon.

Many Brazilians hope the decision will finally draw a line under the political crisis, which has been building for more than two years. It's also taken place during the worst recession in generations, amid a major corruption scandal at the state-owned oil giant Petrobras.

Temer, who plans to address the nation later on Wednesday, has vowed to boost the economy and implement austerity measures to plug a record budget deficit.

But Rouseff's supporters say the center-right leader will roll back social programs that have lifted millions of Brazilians from poverty.

Rousseff becomes the first Brazilian leader to leave office due to impeachment since 1992, when Fernando Collor de Mello resigned before a final vote in his trial for corruption.