Romania′s Sibiu Becomes Europe′s Next Capital of Culture | Europe | News and current affairs from around the continent | DW | 09.12.2006

Athens was Europe's first Culture Capital in 1985. In 2007, there will be two cultural capitals -- Luxembourg and Sibiu in Romania. Sibiu's old town is currently being renovated to bring it back to its former glory. 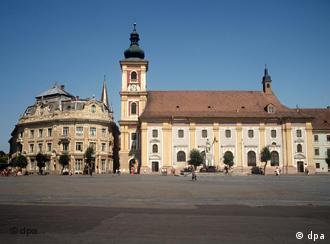 Sibiu, which is called Hermannstadt in German, was founded by Transylvanian Saxons in the late twelfth century and rapidly became a significant trade center.

It was the most important ethnic German city among seven cities, which gave Transylvania its German-language name -- Siebenbürgen -- and was home to the region's Assembly of Germans. The German legacy is still very visible in the city's architecture. 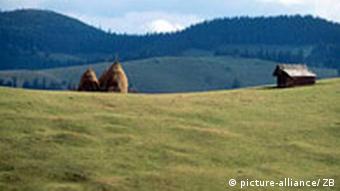 A peaceful day in Transylvania

When the Austro-Hungarian Empire dissolved, Sibiu became part of Romania, although much of its population consisted of ethnic Germans. Many emigrated to West Germany under the Romanian Communist regime, and even more left for Germany after its collapse in 1989.

Klaus Johannis, the mayor of Sibiu, is one of around 2,000 ethnic Germans who remained. He has become a symbol of the city's rebirth, which helped Sibiu, a town of 160,000 people, to be chosen as Europe's next cultural capital. 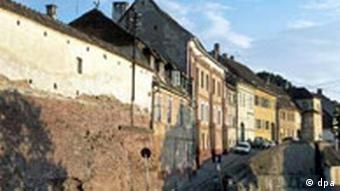 View of the Piata Mica in Sibiu

"Our history is precious and we should make the most of it," Johannis told Deutsche Welle. "The German minority is clearly a part of this. In the framework of being a cultural capital, we want to highlight that as well."

"We always were 'good Europeans,' even in the darkest Middle Ages," added Paul Jürgen Porr from the Democratic Forum of Germans in Romania.

"It's hardly known in Germany, for example, that there was a school system here even in the 14th century. At a time when the royal courts in Western Europe were still full of illiterates, every tiny village here had a pastor and a teacher and the children could all read and write," Porr said.

The German-language Brukenthal grammar school in Sibiu's center maintains this tradition. For the pupils there, it goes without saying that they are German and should speak German with each other. They cannot understand when asked why they are not speaking Romanian, and yet they consider Romania their homeland.

This homeland is depicted by the renowned 72-year-old writer Eginald Schlattner. His work focuses on the cultural mix in Sibiu and how different ethnic groups have lived side-by-side for centuries.

In "The Beheaded Rooster" ("Der Geköpfte Hahn"), he describes his experiences of growing up during the Nazi period. He writes that his father would answer greetings in four languages but never said "Heil Hitler" or "At your service, madame." The novel is currently being filmed. 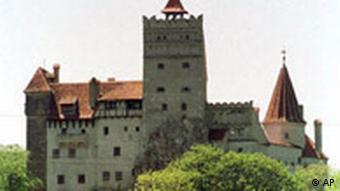 Dracula's castle -- Sibiu hopes to give another meaning to Transylvania

Sibiu not only has a German minority, however, but also boasts Hungarians, Romas, Jews and Armenians.

"We are a good example that all these ethnic groups can get along in a city like ours," said the mayor, who in contrast to some Central European politicians prefers to promote respect rather than assimilation.

Sibiu's inhabitants hope that Transylvania and Romania as a whole will be given a boost thanks to its role as Europe's cultural capital of 2007.

Of the hundreds of thousands of Germans who once lived in Romania, only 60,000 remain. And they are experiencing a sort of Renaissance. (09.01.2005)

German Chancellor Gerhard Schröder is visiting Romania on Thursday: The country is still struggling to meet criteria for EU accession. (12.08.2004)