Romanian woman dies after being set on fire during surgery

A patient has died after she was set alight during surgery for cancer, succumbing to burns on 40% of her body. Surgeons had used an electric scalpel and flammable disinfectant in close proximity. 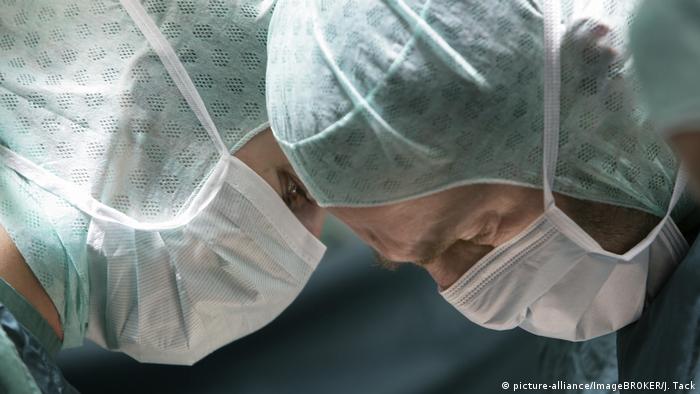 A woman has died after being set ablaze during a hospital operation gone awry in Romania, the health ministry announced Monday.

The patient died Sunday after she suffered burns to 40% of her body.

Surgeons, who were initially operating on her pancreas, used an electric scalpel despite treating her with a flammable, alcohol-based disinfectant.

Upon contact with the scalpel, the disinfectant caused combustion and the patient "ignited like a torch," wrote lawmaker Emanuel Ungureanu on his Facebook page. His account was based on information that hospital employees had told him. The incident could have taken place as early as December 22, he wrote.

A nurse poured a bucket of water onto the 66-year-old woman to stop the fire, but by that time, it was too late.

The use of an electric scalpel with alcohol-based disinfectant is prohibited during surgical procedures. Deputy Health Minister Horatiu Moldovan issued a statement saying that the "surgeons should have been aware" of the regulations.

Romania's health ministry has vowed to look into the incident at Bucharest's Floreasca urgent care hospital.

The accident has highlighted Romania's flawed healthcare system, which is chronically underfunded and suffers from a shortage of trained medical staff and modern equipment.

The country's health system has been rocked by a number of health scandals in recent years, including a case in 2015 in which 38 hospitalized party-goers died after a nightclub fire.

Since the beginning of the war in Ukraine, dead and wounded Russian soldiers have been arriving in Belarus. Most officials and doctors refuse to talk openly about the specific numbers and details remain sketchy.

The number of COVID-19 infections is increasing again in India, but the rate of hospitalization remains low. The surge in cases coincides with the release of a WHO report that has found a higher death toll than reported.