Romania: Rule of law under attack

Corruption at the highest level has sparked a new political crisis in Romania. Peter Janku reports from Bucharest. 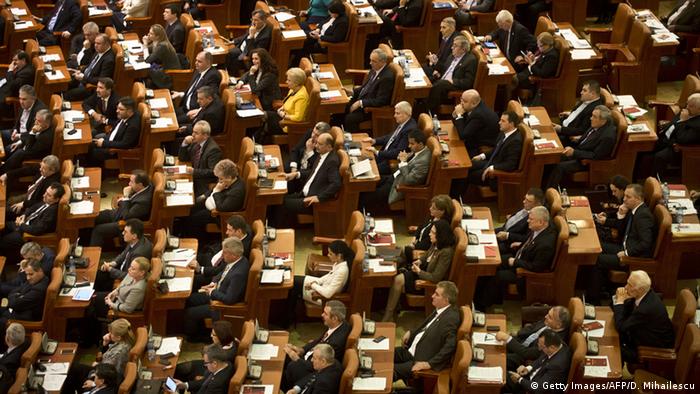 No sooner did the Romanian parliament reject an application from state prosecutors to investigate Prime Minister Victor Ponta on corruption charges, then all eyes were on President Klaus Iohannis and the country's highest judges. How would they react?

Iohannis immediately criticized the highly controversial decision by the parliamentary majority as a decision against justice, and demanded that Ponta resign. Livia Stanciu, president of the high court, said the decision demonstrated that the law in her country does not apply equally to everyone. 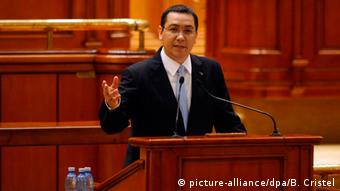 Ponta's allies in his Social Democrat party and in parliament attempted to put a different spin on the story. In a hastily convened session of the Social Democrats' executive committee, attended by Senate President and former Prime Minister Calin Popescu Tariceanu, the message was one of solidarity with Ponta. Following the meeting, his statement was terse. "We must protect and support the independence of the justice system, " Ponta said. Tariceanu added that "trust in the justice system must be restored" and suggested the formation of a parliamentary commission "to evaluate democracy."

The problem is that the president, judges, prosecutors and opposition demand the same thing, but can have very different interpretations of terms such as justice, democracy and the rule of law. Ponta is accused of money laundering, forgery, tax evasion, and conflicts of interest. The claims are tied to his working relationship with friend and fellow lawyer Dan Sova: Ponta is said to have billed Sova's firm for services he never rendered.

Four months ago, Ponta vowed to step down if the country's anti-corruption authority, known as the DNA, were to target him in an investigation. Since then, he's clearly revised his position. Now, he is proclaiming his innocence, blaming instead a "politicized justice" that has "sole power and wants to replace both parliament and government." 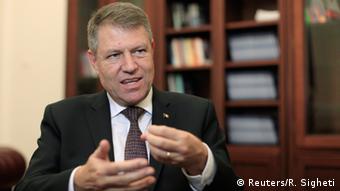 According to the country's constitution, the president does not have the necessary powers to bring the prime minister, senators, and MPs to reason should they stand in the way of justice and prevent the suspension of politicians' immunity on the grounds of their parliamentary majority.

The National Liberal Party (PNL), the most important opposition party, also failed last Friday in its attempt to force a no confidence motion against Ponta in parliament. Ponta's protective shield still remains intact. At the same time, the governing majority has proposed several changes to the penal code to parliament. Observers say that if the changes are approved, they would make it much more difficult for the judicial branch to pursue corrupt politicians.

"Separation of powers in danger"

Professor Mircea Vasilescu, editor of the weekly "Dilema Veche" warns that the changes would make it impossible to fight corruption at the highest level. At the same time, the separation of powers in the country is in acute danger, as is freedom of the press, said Vasilescu.

The transport minister in Victor Ponta's government has stepped down over remarks on Romanians working abroad. The move puts additional pressure on embattled Prime Minister Ponta, who many accuse of corruption. (11.06.2015)

Romania's parliament voted against stripping the prime minister of immunity amid a series of high-profile anti-corruption probes. Investigators allege conflict of interest during the minister's tenure as a lawmaker. (09.06.2015)

Anti-graft authorities in Romania have pledged to investigate whether Prime Minister Victor Ponta laundered money, evaded taxes and made false statements while in office. On Friday, they opened a formal case against him. (05.06.2015)

The rule of law in Romania is just as much under threat now as it was 25 years ago following the end of the Ceausescu regime, according to historian and political scientist, Vladimir Tismaneanu. In June of 1990, the first post-Communist head of state, Ion Iliescu, appealed to thousands of miners from northern Romania to descend on Bucharest and seek revenge for anti-government riots.

The miners lashed out at anyone they suspected of trying to bring down Iliescu, including demonstrating students, journalists, intellectuals and opposition politicians. "It resulted in anarchy, an attempt to liquidate freedom and bring back the single party system," said Tismaneanu.

He compared Iliescu's position then with the approach of his successors leading the Social Democrats: former Prime Minister Adrian Nastase, convicted of corruption, and his political protégé, Victor Ponta. According to Tismaneanu, all three have "the same disregard for the rule of law, the same capriciousness, the same cult around their personality and the same cynicism."

For Mircea Vasilescu, the current situation is a systematic confrontation between the "friends and foes" of a real, liberal democracy. Vasilescu recommends patience, and confidence in Romanian society "which, with the election of ethnic German President Klaus Iohannis last fall, clearly showed it can be mobilized to defend democracy."