The transport minister in Victor Ponta's government has stepped down over remarks on Romanians working abroad. The move puts additional pressure on embattled Prime Minister Ponta, who many accuse of corruption. 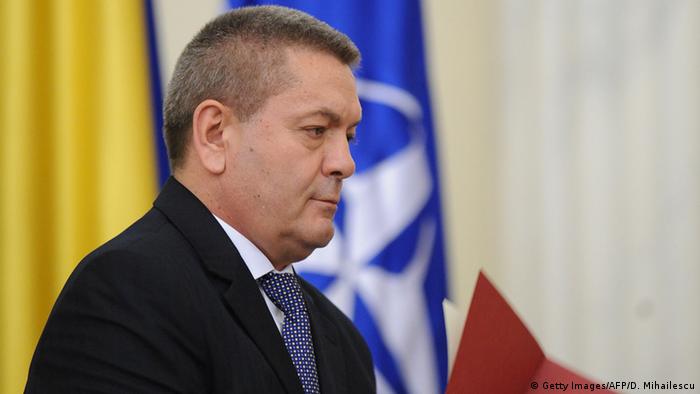 Minister Ioan Rus was forced to resigned on Thursday, after nationwide outrage sparked by his comments on construction workers seeking employment outside Romania.

Romania is one of the poorest countries in the European Union, and has seen some three million of its citizens emigrate in search for a better life. As a consequence, around 350,000 children are growing up with one or two parents working abroad, some NGOs have claimed.

FADERE, the association of Romanians working abroad, called the transport minister's statement an "irresponsible insult." The organization also pointed out that Romanian expats have sent 35 billion euros home in the last seven years.

Prime Minister Victor Ponta said on his Facebook page that he "regrets the situation created by Ioan Rus's comments" and accepts the minister's resignation.

The latest blow to the government comes ahead a confidence vote Friday, concerning delays on a law regulating voting from abroad. Ponta, who commands a large parliamentary majority, is expected to survive.

Ponta himself became prime minister after his predecessor lost a confidence vote in 2012.

Ponta's parliamentary support was also obvious on Tuesday, when Romanian parliament decided to preserve his immunity, thus protecting him from an anti-corruption probe by state prosecutors.

"It is a sad day for Romanian democracy," President Klaus Iohannis, member of the German minority, said after the vote. Iohannis had previously urged the prime minister to resign, which Ponta refused.

"Mr. Ponta sacrificed the interest of Romania for his own interests," Iohannis added.

While prosecutors will not be able to continue investigating the premier, anti-corruption investigators announced they will continue their inquiry into moneylaundering and tax evasion allegations against Ponta, dating to 2007-2011. Ponta has rejected the accusations.