Romania is beset by a political power struggle with endless squabbling in a highly-charged political standoff. The stakes are high and the Balkan country's constitutional court has turned to the EU for help. 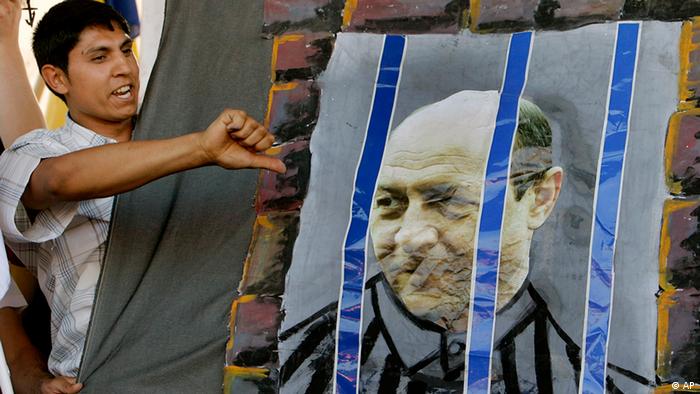 For weeks, Prime Minister Victor Ponta's government has tried to have suspended President Traian Basescu removed from office, violating laws and rulings by the Constitutional Court as a means to an end. The government's efforts have been blasted as a "revolution of thieves" by Romania's Hotnews website. Forgery of the country's eligible voters and election fraud have meanwhile been added to the list of grievances.

On August 10, prosecutors at Romania's Supreme Court made public transcripts of intercepted phone calls made by ministers and senior officials.

The calls showed Ponta's government was planning to falsify electoral lists on a large scale: tens-of-thousands of people were to be declared dead and expatriate Romanians were to be taken off the lists. The Romanian judiciary has launched a probe into the alleged manipulation of voter rolls. 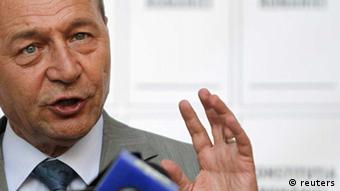 The doctored data was aimed at retroactively declaring valid a controversial referendum on July 29 to impeach Basescu. The 50-percent turnout necessary for an impeachment of the president was not reached: about 46 percent of the electorate cast ballots, with an overwhelming majority - 80 percent - of those voters in favor of removing the center-right president from power.

The power struggle between the governing majority and the head of state has maneuvered Romania into its worst political crisis in two decades. According to the Bucharest daily Adevarul, the country is suffering from "political collapse." Former Justice Minister and current member of the EU parliament, Monica Macovei, describes Ponta's cabinet as "a law-breaking government that has marginalized Romania in the EU."

Just days after the referendum, Romania was in an uproar. The Constitutional Court is due to rule on the validity of the vote on unseating Basescu. Chief Constitutional Court judge, Augustin Zegrean, has meanwhile turned to the European Commission and the Council of Europe for help to protect its independence from political pressure asserted by Ponta's government. In an official letter to the EU bodies, Zegrean revealed there have been threats to the court's judges.

European Commission President Jose Barroso and European Rights and Justice Commissioner Viviane Reding expressed support for the Court, saying in a letter the Commission was "committed to ensuring respect for the rule of law and the independence of the judiciary in Romania."

Foreign Minister Titus Corlatean has accused Zegrean of harming the country's reputation with his letter of complaint.

The uproar over the Constitutional Court, according to Peter Eckstein- Kovacs, a well-known human rights lawyer and political leader for the country's ethnic Hungarian minority, illustrates "that the rule of law in Romania is not really developed" and that "an attack on the few areas of the state that are still working" is underway. 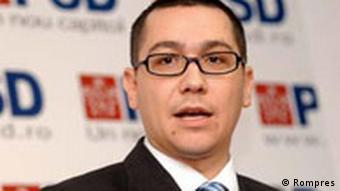 Socialist Prime Minister Victor Ponta has since, on several occasions, called for accepting defeat in the struggle with President Basescu. However, this standpoint is apparently not shared by the hardliners in his party.

Observers believe that Ponta has little real power in the Social Democratic Party he leads and that regional powerbrokers, who also control their local economies, have the most influence over his political fate. To make matters worse, the premier is facing criticism for allegedly plagiarizing portions of his doctoral thesis.

Laura Stefan, a Romanian lawyer and member of an EU oversight panel that regularly reviews Romania's progress toward the rule of law, is convinced that "no rules are being obeyed" and that "a large part of the political elite is not interested in EU values and would rather see Romania outside the EU."

"Everything we arduously built over the last two decades toward a civil society is now being destroyed in just a few days," Stefan said.

In Romania the justice, foreign and three other ministers have been replaced in a major cabinet reshuffle. This is the latest twist to the country’s crippling power struggle. (06.08.2012)

Suspended Romanian President Traian Basescu has retained his position following a referendum on his impeachment that failed to draw the required percentage of voters. (30.07.2012)

Romanian President Basescu remains in office. The referendum failed to get the required 50 percent turnout. But despite that victory, DW's Robert Schwartz argues Basescu should step aside and make way for new talent. (30.07.2012)