Rolling Stone magazine turns 50: 'We wanted to find a voice'

It's been 50 years since the first issue of Rolling Stone was published in California. The legendary magazine captured the spirit of the time with its unique brand of music journalism, says founding editor Michael Lydon. 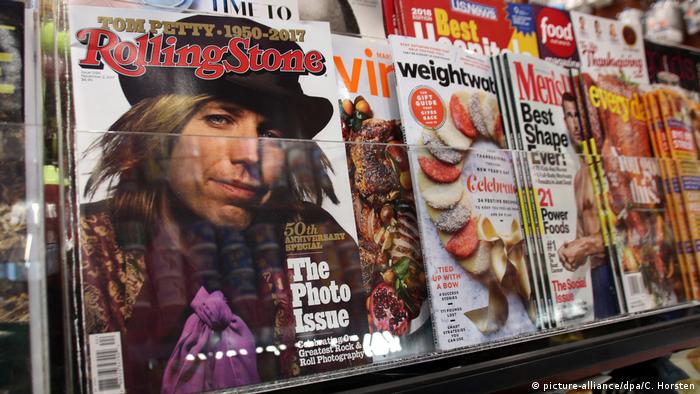 When the first issue of Rolling Stone hit the news stands on November 9, 1967 — complete with a photograph of John Lennon on its front cover —  nobody could've known that it would still be going strong five decades later.

"Rolling Stone found this audience instantly," remembers the publication's founding managing editor, Michael Lydon. "Immediately we were getting calls. Eric Clapton called up, the Warner Brothers from LA called up." 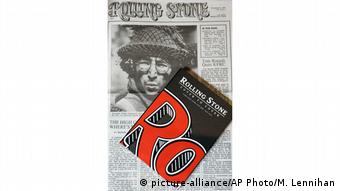 That first edition featured reviews on albums by Jimi Hendrix and Eric Clapton, and photos and articles about the Grateful Dead following a recent drugs bust.

The magazine captured the spirit of the time, says Lydon, and fast gained a following with its unique mix of music coverage and political journalism.

"It was a mind expanding time," Lydon tells DW. "It was not a niche market kind of thing. Music was the core, that was the thing that brought everybody together."

'We all wanted to be the fifth Beatle'

These days, any aspiring journalist might harbor ambitions of securing a spot on the Rolling Stone news desk, but when Lydon came on board, it was a startup. 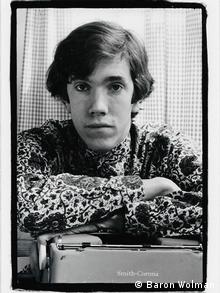 Michael Lydon with his typewriter in 1967

After graduating from college in the 1960s, Lydon's employer, Newsweek, sent him to London, where he interviewed John Lennon and Paul McCartney, both fresh from the success of the 1965 Beatles album Rubber Soul.

However, the real catalyst came during a visit to the Monterey Pop Festival in 1967, to see the likes of Jimi Hendrix, The Who and Janis Joplin.

It was there he met Jann Wenner, the current Rolling Stone publisher, who already envisaged a magazine targeting the new generation of hippy, pot-smoking youth that had become disenchanted with what news stands had to offer.

A few weeks later, in a coffee shop in San Francisco, Wenner asked Lydon to be his first managing editor. Lydon was so inspired by the musicians he would later interview that he wanted to be a part of that crowd.

"I had been looking for something like this," Lydon says. "Just like today when like-minded kids graduate from college and say 'Hey, let's start a website.' It was very much like that in that there was a group of young people in their 20s who all wanted to do something ... we all wanted to be the fifth Beatle." 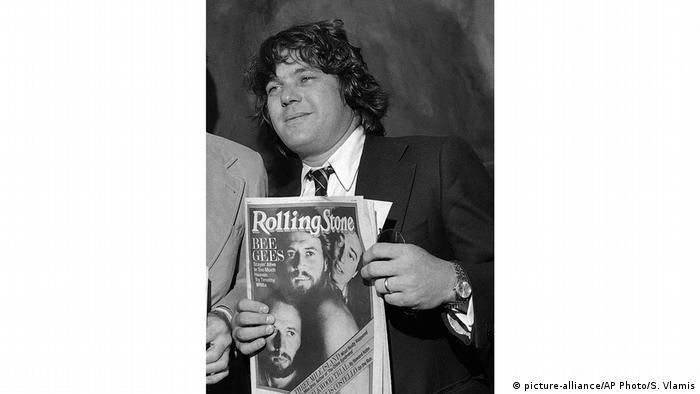 - So many dead musicians? Rolling Stone editor-in-chief says it's 'quite natural'

Lydon jokes how the wily Wenner piggybacked off the Rolling Stones by appropriating the name of one of the biggest bands in the world. Mick Jagger and Keith Richards themselves took the name from Muddy Waters track Rollin' Stone, while Bob Dylan enhanced it with his release of Like a Rolling Stone in 1965. It's fair to say Wenner knew what he was doing.

"That summer was the 'Summer of Love'," Lydon says. "We were so inspired by the music coming out — Bob Dylan, the Rolling Stones, the Beatles — it was so good, so exciting, it was so in tune with what millions of young Americans and (people) around the world were thinking and hoping for the lives they wanted to create for themselves." 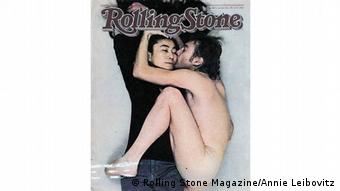 "We're all brothers and sisters and people really meant that. 'He not busy being born is busy dying,'" he adds, quoting Dylan. "We were really struggling with these things and we wanted to find a voice."

Yet while those big acts were attracting a new breed of audience, Esquire the go-to publication at the time, had started to struggle. Lydon and Wenner could smell blood.

"(Wenner) saw that there was this new generation of hippies and LSD and long hair and bell bottom pants and paisley shirts and all that. That was a new audience," Lydon says. "The magazines that college kids read like Esquire in particular, that was all about fine brands of Scotch and tweed jackets and khaki pants and button down shirts… but all of a sudden...the long haired hippy look, was the look. And Esquire was out of date." 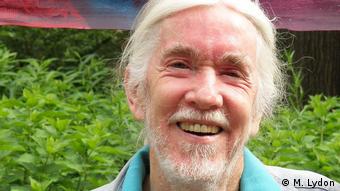 Working from an attic in a San Francisco office building, the small team, including music critic Ralph J. Gleason, assembled the first issue of Rolling Stone. Its release on November 9, 1967, was followed by tears of joy and champagne, Lydon recalls.

"We all sort of cheered and went home tired but happy, but then were back the next night writing the copy and writing the headlines for issue number two," he says.

Since its launch, Rolling Stone has seen Hunter S. Thompson cover politics and it has investigated some of the most controversial topics in recent human history, such as HIV and the Vietnam War. 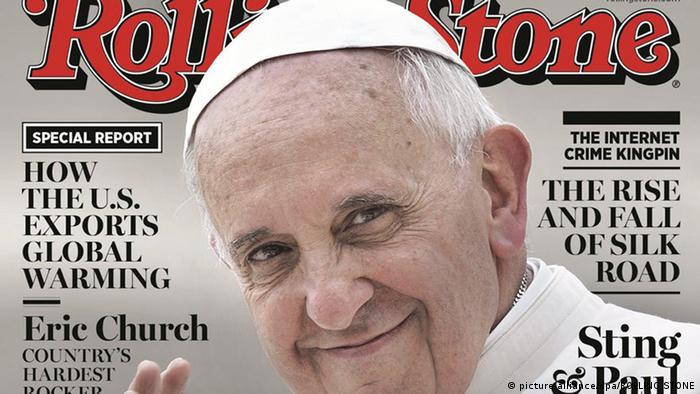 Not just music: Rolling Stone has also earned a reputation for its political and cultural journalism

Lydon left the magazine a few issues later to pursue his own freelance work. Looking back, he puts the survival of Rolling Stone down to Wenner's foresight.

"We were just a little tabloid newspaper but he had an idea, somehow, of what it was going to become," he says. "Rolling Stone hit immediately and we were sort of a big deal, (with) people wanting to be interviewed and wanting to have their story in the paper right away."

In recent years the publication has suffered from negative publicity following a libel case and financial troubles. Jann Wenner and his son, Gus, have been seeking to sell their half of the company.

Lydon, now 75, is a singer-songwriter who's also written several books. Fifty years on, he is still happy to be remembered for his part in the birth of Rolling Stone.