The self-proclaimed "architect of rock 'n' roll" Little Richard has died at the age of 87. The flamboyant star thrilled millions of fans, and influenced numerous other artists within the music industry. 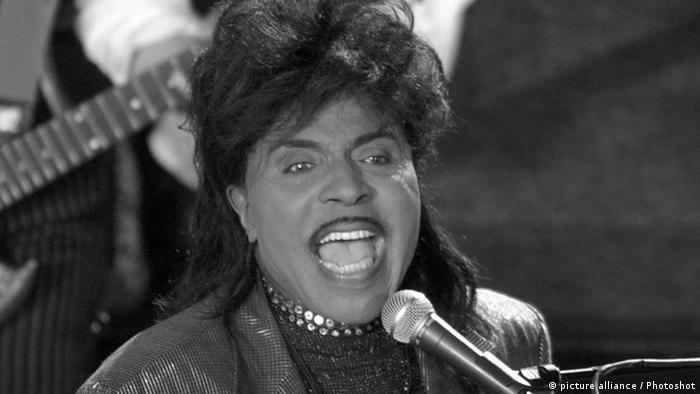 Little Richard, the self-proclaimed "architect of rock 'n' roll" who created his innovative music with a mix of boogie-woogie, rhythm and blues and gospel, died on Saturday at the age of 87, Rolling Stone magazine reported.

The rock star, whose hits thrilled millions, influenced numerous other artists within the music industry, including The Beatles.

Citing his son, Danny Penniman, Rolling Stone said the cause of Richard’s death was unknown.

The artist, whose full name was Richard Wayne Penniman, is best known for his groundbreaking, signature 1955 hit "Tutti Frutti," with its gay sex theme toned down for broadcasters. The song began with the unforgettable line: "Awop bop a loo mop / Alop bam boom."

Tributes quickly poured out Saturday for the late rock king, with co-founder of Chic Nile Rodgers dubbing it "the loss of a true giant."

The rock 'n' roll pioneer's innovative style changed popular music with hits that included "Blueberry Hill" and "Ain't It a Shame." He died Tuesday of natural causes near his hometown of New Orleans. (25.10.2017)

Known for his distinctive guitar skills and as a pioneer of rock 'n' roll, Chuck Berry has died at the age of 90. He is regarded by many as the individual who most shaped a form of music that would change the world. (18.03.2017)

The hoodoo showman was revered as one of the city's great pianists. His long and raucous career included drug addiction, a stint in prison, six Grammys and an induction into the Rock and Roll Hall of Fame. (07.06.2019)