Robots 3D-print themselves through AI evolution

Experts in Norway are making robots which have designed themselves through a process of artificial evolution, hoping one day to use the technology in disaster zones. DW's Lars Bevanger reports from Oslo. 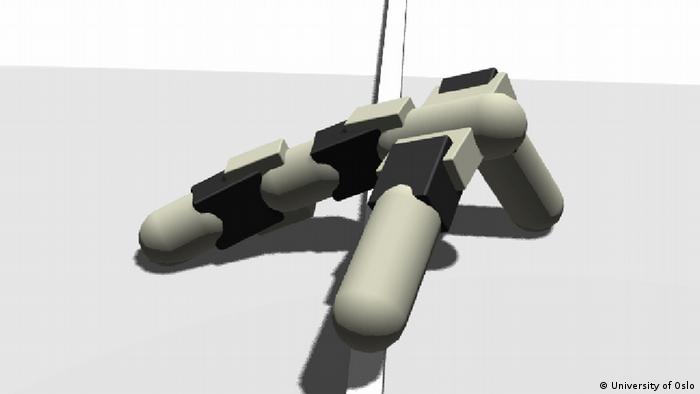 Robot number four is trying out different gaits, attempting to figure out the best way of moving from one end of the floor to the other. By constantly monitoring its own progress and comparing it to the computer program that designed it in the first place, the robot gets visibly better at this simple task.

"It's now testing variations of its original movement pattern," explains Kyrre Glette, associate professor at the University of Oslo's research group for robotics and intelligent systems. 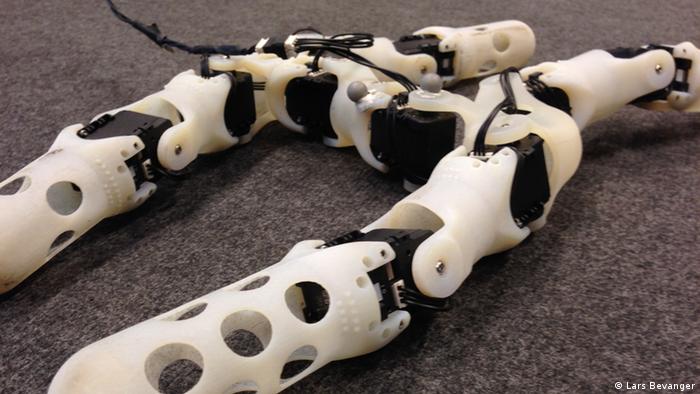 Perhaps not an optimal moving machine, but on it's way to becoming one

The robot, made up of sausage-like plastic parts linked with servo motors, was conceived in a "virtual womb" - a computer program trying out thousands of solutions for how the finished machine could best move around in a given environment (in this instance, the carpeted floor of Glette's lab).

Glette and his team don't tell the computer how to solve the problem. They only introduce certain parameters - like the fact that the robot should move from A to B.

The simulation program then decides for itself the best way of achieving that result by running through thousands of solutions, keeping the best and discarding the others.

"It's a kind of artificial evolution. It starts off with very simple combinations of these sausages and simple motors that can move them," says Glette, looking at an on-screen visualization of the evolution process.

"Eventually, there are some solutions that manage to move forward just a tiny little bit. Then they are saved and those solutions are then used for coming generations and modified slightly. Eventually you get better and better solutions." 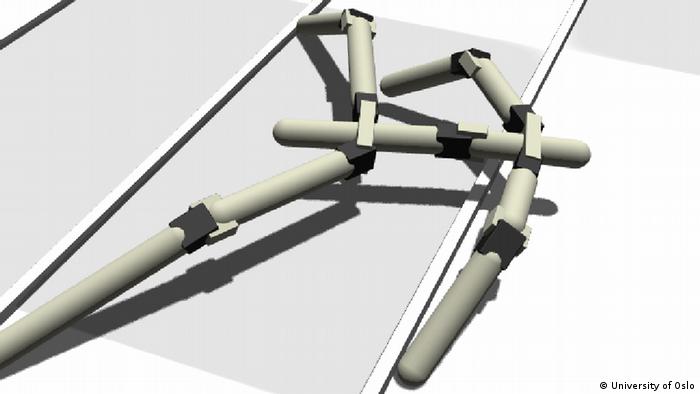 The robots further refine themselves in computer simulated models

By running a thousand individual virtual robots through a thousand generations, the computer can come up with a working model within a couple of hours. It then tells a 3D printer to make a real world version of this "pinnacle of evolution". All the robotics team needs to do is stick it together using servo motors.

Impressive as these systems might be, they're still limited to work within the parameters we humans give them.

In the future, Glette's robots might figure out how to get around unexpected obstacles - and could even 3D-print new body parts to do so.

Yet some prominent scientists are already warning about the inherent danger of computers becoming smarter at an ever increasing rate. 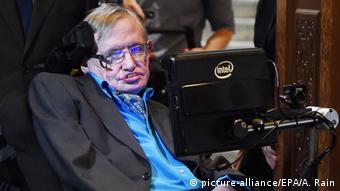 The legendary physicist Stephen Hawking told the BBC last December that he believed the development of full artificial intelligence could spell the end of the human race.

"Once humans develop artificial intelligence it would take off on its own and redesign itself at an ever increasing rate. Humans, who are limited by slow biological evolution, couldn't compete and would be superseded," Professor Hawking warned. He also signed a letter in July condemning a potential AI arms race.

We might be far from managing to create that artificial intelligence, but once we do, some fear things could quite quickly get out of hand.

"Once you've got artificial general intelligence, you've got a computer that's got all the same smarts as you and I have, that means it can learn. So it's learning 24/7, it doesn't get tired," says Keith Downing, a professor of artificial intelligence at the Norwegian University of Science and Technology.

"So once you get artificial general intelligence, you're going to quickly accelerate into something they call artificial super intelligence. That's where the computer is thousands of times smarter than us. So if they're also smarter than us," he says, "they could trick us and we could be in trouble."

Kyrre Glette at the University of Oslo is not overly worried about a robotics take-over. That's partly because he knows what it takes to get a simple, sausage-like robot to figure out to best way of moving across a carpeted floor. 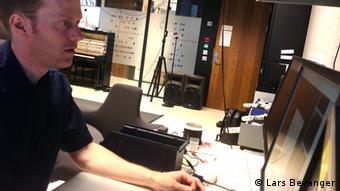 Kyrre Glette hopes his robots can helps save people's lives

"There's a lot happening with self-driving cars and Google telling you when to take the next train home," Glette says. "But we see that there is this complexity challenge, and I don't think there is any real breakthrough at the moment. I think we will get smarter and smarter solutions, but no real human-like intelligence any time soon."

He and his team do hope to make the robots - and virtual evolution system - clever enough to operate in real-life situations in the future, though.

One scenario would be sending robots into a nuclear disaster zone to solve any unexpected problems by adapting to their environment, perhaps even printing new tools or body parts in the process.

A self-learning robot could be handy for exploring distant planets, too.

But the leap from that scenario to one of computers deciding they are smarter than us and acting on it, is - hopefully - some time off.

Hitchhiking robot hitchBOT, created by researchers in Canada, has been damaged beyond repair, ending its first American tour. The robot had previously traveled safely across Canada and parts of Europe. (02.08.2015)

Prague's Technical University has held its first Children's University. Some 100 budding scientists - aged 7 to 12 - spent a week at college, attending lectures and sampling student life. It was a blast! (28.07.2015)

Once the preserve of automated factories and research and development laboratories, androids are stepping out into Japanese society. DW's Tokyo correspondent Julian Ryall reports. (21.07.2015)