It's already proved a hit at the box office, and now it's been awarded the top accolade at the German Film Prize in Berlin. The light-hearted film "Vincent will Meer," by director Ralf Huettner, won the Golden Lola. 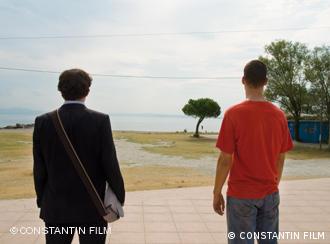 'Vincent will Meer' was a box-office hit in Germany

Florian David Fitz also won the best actor award for his portrayal of Vincent, a young man with Tourette's syndrome, who escapes from a clinic in search of the sea with his obsessive-compulsive roommate, and an anorexia sufferer. The film also did well at the German box office: more than a million people have been to see it at the cinema.

The best actress prize was given to Austrian Sophie Rois for her role in the latest Tom Tykwer film, "Drei," a drama set in Berlin about a couple who, separately, fall in love with the same man. Tykwer also won the best director award for the movie.

But it was the historical drama "Poll" from Chris Kraus which gathered the highest number of awards. The film tells the story of a young girl growing up in the Baltic States before World War I, whose father carries out macabre brain research. 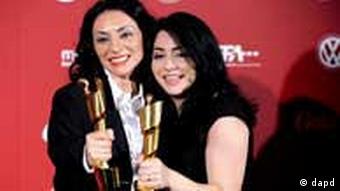 The comedy about Turkish immigrants, "Almanya - Welcome to Germany" by Yasemin Samdereli won the Silver Lola as runner-up in the best film category. The film was also honored for its screenplay, written by Samdereli and her sister, Nesrin.

The annual German film prize is the most highly endowed cultural award in Germany, with roughly 2.9 million euros ($4.2 million) up for grabs in 16 categories. The winner of the Golden Lola alone takes home 500,000 euros. The award ceremony was held in the Friedrichstadtpalast in Berlin on Friday night, in front of an audience of 1,800 stars and celebrities.

"The King's Speech" claimed four Oscars at the Academy Awards on Sunday, including the prizes for best picture, director and actor. The German contingent of nominees came away empty-handed. (28.02.2011)

Gold and Silver Bears for Iranian film as Berlinale closes

A moving family drama set in Iran took away the top prizes at this year's Berlin International Film Festival. The jury's decision was widely applauded. (20.02.2011)