Greece's new government has been negotiating with its IMF and European creditors for five months - fruitlessly. The problem, say economists, is that the two sides' proposals are based on incompatible economic theories. 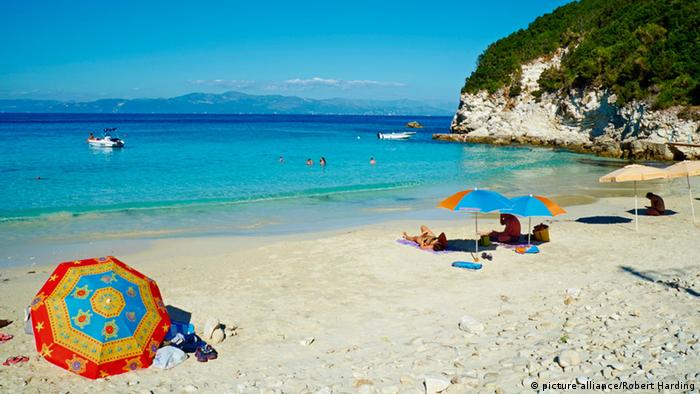 In the confrontation between Greece and its creditors, there's another conflict running in the background - a clash between two schools of economic thought: post-Keynesian economics and neoclassical economics.

Syriza's policy-makers are a mix of post-Keynesians and moderate Marxists, whereas the Eurogroup finance ministers - Greece's main creditors - are steeped in neoclassical economic theory.

The two theories prescribe diametrically opposite policies: post-Keynesians, whose theories build on the foundations laid in the 1930s by the famed British economist John Maynard Keynes, say the solution to recessions and depressions is for governments to stimulate demand by increasing spending and - in some cases - decreasing taxes.

Neoclassical economists, by contrast, say the way forward for Greece is to improve international competitiveness and investor confidence by reducing unit wage costs and cutting back public spending. 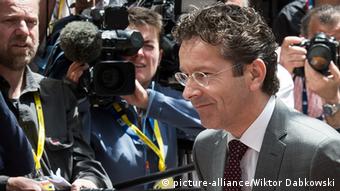 "That conflict makes it essentially impossible for Greece and its creditors to agree on a policy program," said economist Steve Keen, an Australian now working in London as head of Kingston University's School of Economics, History and Politics.

Keen researches how changes in an economy's total private and public debt load determine whether employment and GDP shrink or grow.

"Syriza's policy ideas are driven by post-Keynesian economic theory, which emphasizes making sure people have enough money to spend. If you cut back everyone's wages and pensions, people can buy less from each other. The result is that more businesses fail, and more people go unemployed - so there's even less money being earned, less money to spend, and even more businesses fail, in a vicious circle," Keen said.

By contrast, neoclassical theory doesn't include a financial sector at all, Keen said. Simplifying somewhat, neoclassical theory in its basic form simply assumes that all economic activity happens within the framework of a self-equilibrating market, according to a general supply-and-demand mechanism.

In the neoclassical model, any increase in the price of any service or product automatically means less demand for that product, with consumers adjusting their purchasing to buy more of other products instead.

Free competitive markets are assumed to "clear" automatically through the price mechanism - i.e. nothing is left unsold, because a price can always be found at which someone will buy a product on offer. In the basic model of a perfectly competitive, perfectly flexible market, involuntary unemployment is impossible, because anyone who is unemployed can simply reduce the price they charge for their labor. If they reduce the price enough, someone will buy their labor-hours.

That's why neoclassical economists are generally against minimum wage laws: They assume that such laws prevent full employment by stopping labor markets from self-equilibrating at full employment. 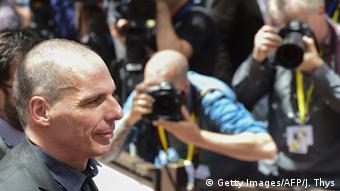 The great majority of economists working in finance ministries and economic institutions like the International Monetary Fund or European Central Bank - which are, along with the Eurogroup finance ministers, Greece's main creditors - were trained in neoclassical economics.

That's why those institutions' policy prescriptions focus on reducing wages and cutting back public spending. The basic idea is that the demand for labor will go up if the price of labor goes down - so to solve Greece's economic depression, the way forward is to force through cuts in wages.

That logic seems sensible - after all, if Greek tourism workers are paid less, Greek holidays will cost less and tourists from northern Europe will be more likely to choose Greece instead of close competitors like Turkey or Croatia.

So which theory is more right - or less wrong: The post-Keynesian or neoclassical theory? Or are both theories partly right and partly wrong?

When producers are also consumers

The problem with the neoclassical theory and its "supply-side" emphasis, according to Keynesians, is that it ignores the fact that cutting back wages across the board means that most of the population has less money to spend. That decreases aggregate demand.

"Greek tourism workers aren't just producers - they're consumers too," Keen said. "If you cut everyone's wages, less money circulates. The wealthy have a lot of money, but they save most of it - it sits in bank accounts, inactive. Their propensity to spend is relatively low. So in effect, much of the money owned by the rich is withdrawn from active circulation in the economy much of the time." 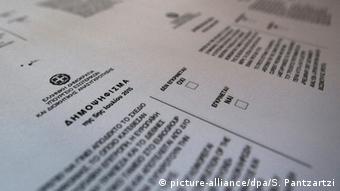 The ballot paper for the Greek referendum on economic policy. Given the gulf in basic economic policy assumptions between the Greek government and its creditors, the vote seems unlikely to resolve anything

But the poor and much of the middle class spend nearly everything they earn. The middle class also borrows heavily, often to buy real estate, so it actually spends more than it earns. Middle income earners are the backbone of the real economy, both as consumers and producers.

That's one reason - in addition to social equity concerns - that Greek finance minister Yanis Varoufakis and his colleagues oppose further reductions in Greek wages and pensions. They say that there would be little benefit in terms of increased exports to be gained from wage reductions, because except for the tourism sector, Greece isn't really an export-oriented economy. About three-quarters of its GDP is domestic - in contrast with Germany, which exports about half its GDP.

Tourism composes most of the export-oriented quarter of Greece's GDP. The industry could benefit by offering cheaper holidays if tourist workers' wages were further reduced. But Syriza argues that deflating wages across the whole economy to increase the attractiveness of Greek holidays does more harm than good - once the deflationary effects on total domestic demand are taken into account.

Varoufakis and his colleagues agree that Greece needs massive reform in its institutions to make it easier to do business, to reduce corruption and to improve tax collection. In a great many points, they agree with the Eurogroup about the changes Greece needs. But they disagree strongly about their creditors' insistence on further wage decreases and budget austerity. That's the sticking point.

Given that the consensus of nearly all Eurogroup finance ministers favors the supply-side policies inspired by neoclassical economics, they're likely to win the contest of wills against Syriza's post-Keynesians. What isn't clear is whether the Eurogroup's prescriptions will on balance help or harm Greece's economic recovery.