Organizers of the 2016 Olympics in Rio de Janeiro say they'll have more than double the number of security personnel as London had at the previous games. Pollution in Brazil has also been under the microscope. 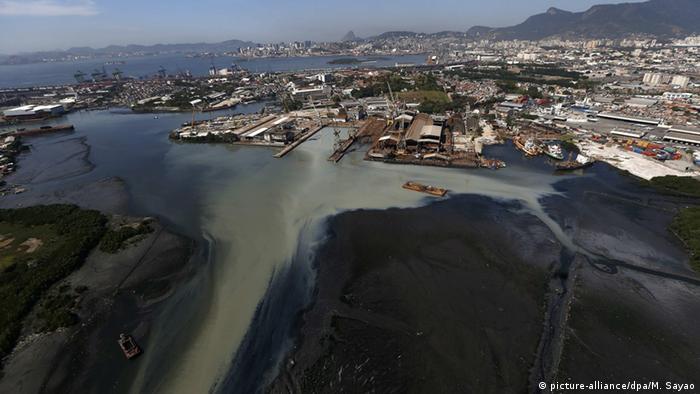 At an event held Thursday to mark 53 weeks until South America's first ever Olympic Games, Rio's security secretary Andrei Passos Rodrigues said a total of about 85,000 people would be deployed to assist with security, from security guards and law enforcement to military troops.

"It will be the biggest integrated operation in the history of our country," Rodrugies told reporters.

Included in the line-up are some 47,500 members of the paramilitary police and other security forces in Rio itself, while security in the five other cities hosting Olympic football matches will be provided by 38,000 troops.

Brazil has one of the world's worst crime rates with an estimated 52,000 murders a year. However, the country also has experience in policing major events in recent years, including the 2014 Football World Cup and a 2013 visit by Pope Francis.

As preparations for the games step up, a five-month investigation by the Associated Press has found the waters where athletes are due to compete in swimming and boating events were rife with sewage and had high levels of viruses and bacteria.

The tests commissioned by AP concluded Olympians risked exposure to viruses which could damage their campaigns.

"This is by far the worst water quality we've seen in our sailing careers," said coach Ivan Bulaja from the Austrian team, who says his sailors have lost valuable training days to illness in the time they have spent on Guanabara Bay.

"We've had reassurances from the World Health Organization and others that there is no significant risk to athlete health," IOC medical director Richard Budgett said.

In a statement quoted by news agency Reuters, the IOC said it was in continual dialogue with organizers to ensure the waters were clean enough.

"…proactive measures around Guanabara Bay – such as closing landfills, reducing industrial pollution, increasing water treatment works, and reducing floating garbage – are being taken and implemented by the local authorities."

The 2016 Olympics in Brazil - Chinese to the core

The countdown has begun: In advance of Brazil's hosting the 2016 Olympics, Rio is building for gold. And as DW columnist Frank Sieren writes from Beijing, the lion's share of funding is coming from China. (21.05.2015)

As Rio de Janeiro prepares for the 2016 summer Olympics, city authorities have been tasked with removing 50 tons of dead fish found floating on the lagoon earmarked for the rowing events. (22.04.2015)