Right-wing extremism an ′infection′ that must not be ignored, says activist | Germany| News and in-depth reporting from Berlin and beyond | DW | 14.11.2011

Right-wing extremism an 'infection' that must not be ignored, says activist

The head of a Berlin-based foundation that supports programs against right-wing extremism talks to DW about a new form of far-right terror in Germany, and urges the state to do its job and protect people. 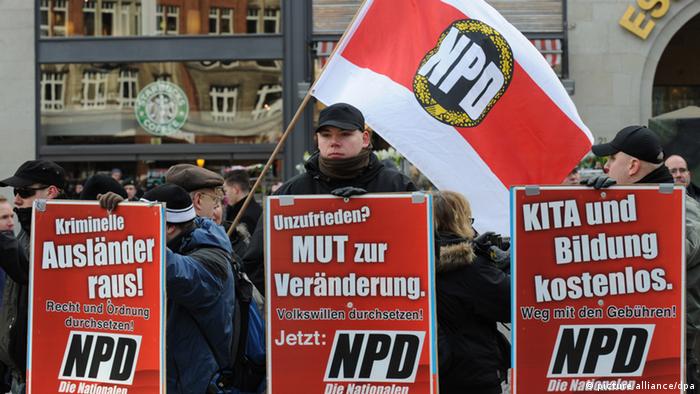 Since 1998, the Berlin-based Amadeu Antonio Foundation has supported civil society programs aimed at fighting right-wing extremism and xenophobia. In an interview with Deutsche Welle, the foundation's head, Anetta Kahane, shares her assessment of the far right's activities in Germany and calls for political action.

Anetta Kahane: That's right, because this is not a very new situation. These people have been murdering for 10 years, and the question is whether the state did enough to protect the victims. I do not think they did enough; they have to be much more professional in persecuting right-wing extremists.

Apparently, cooperation between local police and intelligence people across the country hasn't been good enough, to say the least. Is this a structural or a political problem? 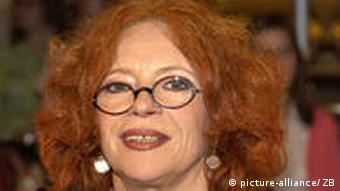 It's a structural problem. Right-wing extremism has always been ignored if it takes place in East Germany, as if we, in the whole Federal Republic, didn't have to care about what is going on in East Germany.

But it has always been our view that if you ignore it in one place, it can happen in other places, too - it's like an infection. And this was the case in Thuringia: the secret service and the police didn't have a professional distance from the neo-Nazi groups and this has been obvious to us for a long time.

Do you view the National Socialist Underground group as only the tip of the iceberg, with many more such ultra-violent groups on the rise in the country?

I don't know - but there are a lot of violent groups and they are ready to kill. If they want to do it, they take their weapons - because they all have weapons - and they will kill people.

Chancellor Angela Merkel's government now stands accused of slashing the budget to fight right-wing extremism. Would increased financial resources be an appropriate way to prevent further activities by dangerous far-right groups, or does it take more to get on top of the problem? What exactly is needed?

This case is a police case. This is not for civil society to resolve. And the police and secret service have to be able to protect the people from this; it is their job, and they have to do their job.

On the other hand, of course it's also important to create new projects and establish the old ones to fight right-wing extremism. If people had known more about neo-Nazis and right-wing extremism, they might have been suspicious - but this is the problem: in many of these towns and cities, people don't care, and sometimes, they also agree.

It hasn't really come as a big surprise to see policymakers and organizations across Germany renewing calls to ban the far-right National Democratic Party (NPD). Would such a move have a tangible effect at all?

No. I think these militant and criminal murders have nothing to do with the NPD. You can forbid and ban - this is stupid because everyone involved with neo-Nazi issues knows that in these kinds of cases, a ban has no effect. On the contrary, I think there would be much more illegal activity without the NPD party.

Recent revelations have led to fresh calls for a ban on far-right political parties in Germany after police arrested a further suspect belonging to a terrorist group linked to a string of racially-motivated murders. (14.11.2011)

A series of murders has German authorities worried that homegrown, right-wing terrorism could be more widespread and better organized than previously believed. Police took a second suspected accomplice into custody. (13.11.2011)

According to German investigators, a link has been found between a neo-Nazi group and a string of unsolved murders. A connection also appears to exist between the neo-Nazi group and the murder of a policewoman in 2007. (12.11.2011)