Albert II, Prince of Thurn and Taxis was born into his wealthy surroundings, and at the tender age of just 22, he is not only the hereditary head of the family estate, but officially Germany's youngest billionaire. 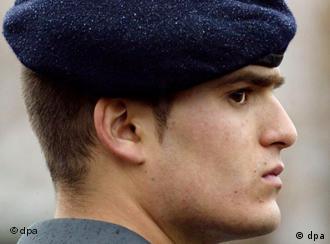 Prince Albert II was born to Johannes, Prince of Thurn and Taxis and Gloria Maria Thurn und Taxis (nee Countess of Schönburg-Glauchau) in the southern German city of Regensburg in 1983. When Johannes died in 1990, his fortune and administrative authority over the Thurn and Taxis house passed to Prince Albert II to be rightfully claimed on his 18th birthday.

The 30,000 hectares of German woodland now in Prince Albert II's name, is considered to be one of the largest forestry holdings in Europe. Albert, who is reckoned to be worth 1.7 billion euros ($2 billion) is the twelfth head of the family since it was granted aristocratic status.

The Turn and Taxis dynasty has its 16th century roots in the European postal services. The Brussels-based network, which was ahead of its time with couriers transporting mail as far as Naples, Germany, France and Spain, remained in the family until the 18th century when it was bought up by the heir to the Spanish throne.

By then, the family had also made a name for itself with its castle construction and brewing activities. Although the Munich-based Paulaner group bought up the family brewery back in 1996, it still makes beer under the Thurn and Taxis brand name.

Prince Albert II spent his childhood in Regensburg before moving to Rome to complete his education. Afterwards, he returned to his native Germany to complete a stint with the German armed forces, the Bundeswehr and later moved to Edinburgh where he became a student of business and theology. One of Prince Albert II's main passions is race-track driving, and he participates in the Italian championships for the JMB team.

The family has occupied St. Emmeram Castle in Regensburg since 1748.

Thousands of items from Germany's house of Hanover are going under the hammer this month. The former royals hope to raise at least 12 million euros ($14.5 million), but not all family members are happy with the decision. (Oct. 9, 2005)

Former owners of large estates, Polish aristocrats saw much of their property confiscated by the communists. But now, a year after joining the EU, some of these nobles are pushing to get compensation. (May 15, 2005)