With the World Expo 2010 only days away, it's time to reflect on the only expo ever to be held in Germany 10 years ago. But fewer visitors came than expected and the EXPO 2000's legacy has also proved disappointing. 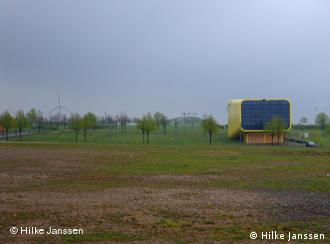 The former exhibition ground in Hanover is deserted in places

Pride was written all over Gerhard Schroeder's face as he opened the EXPO 2000. After all, Hanover was the then German chancellor's home city and the exhibition came at a momentous juncture at the start of the new millennium and a decade after German reunification.

Former German Foreign Minister Hans-Dietrich Genscher was among the luminaries invited to the opening ceremony. He hailed the unique opportunity to show that reunified Germany was a cosmopolitan and hospitable country.

But visitors did not flock to the fair in the numbers expected. Weeks after its opening, many of the pavilions on the exhibition ground remained gapingly empty. Things only really started to look up after the EXPO managers slashed ticket prices and put on free parking. EXPO Fan Ingrid Waehler likes to recall this time.

"There was a happy atmosphere, a relaxed mood, and a sense of interest in other people. Who is standing next to me in the line, who is in this pavilion, what does this country represent? What are they telling and showing us?" said Waehler. 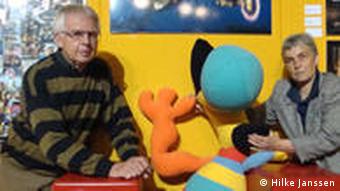 Ingrid Waehler and her husband Eckhard are members of an association called Exposeum that wants to preserve these memories. The retirees regularly show visitors around the former exhibition ground in their free time. But it's not always easy for them. Many of the pavilions are in a state of disrepair. The sight of the Dutch pavilion is hard to bear for Eckhard Waehler.

"During the construction phase, this was the top pavilion as far as I was concerned. I was really enthusiastic about what was being built here. I still like it, but it was expensive. And we would like something to happen here to ensure its survival because it really is something special."

Just a little further on, the Spanish pavilion is also falling apart. And the doors of the Chinese EXPO building are barricaded with wood. The entrance of the Polish pavilion is overgrown with weeds. Several buildings have been torn down completely.

But companies have moved into some of the structures. Designers and marketing staff work in the Finnish pavilion. The carmaker BMW has taken over the French EXPO building and two furniture stores have moved in nearby. 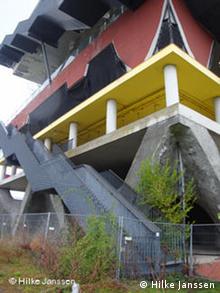 It is hardly the sustainable outcome envisioned by the masterminds of the exhibition, which was grandiosely entitled "Humankind, Nature, Technology - A New World Arises." But Gina Memenga, who works for the firm in charge of marketing the real estate, is satisfied.

"The fathers of the EXPO definitely had something else in mind. But due to the slump in the IT sector, it was no longer possible to sell the real estate along these lines and something else developed on the ground," said Memenga of EXPO Grund.

It is also not surprising that potential customers are not lining up, according to Memenga, given that the land-use plan prohibits the development of individual retail stores or apartments. Whoever buys an old EXPO pavilion is also obliged to bring it in line with the latest energy efficiency standards. 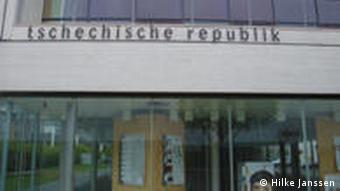 Little of the original sheen is visible in the former exhibition ground - and things do not look much better on paper. The German government and the state of Lower Saxony ended up sharing losses totalling some 1.2 billion euros ($1.6 billion). This was foreseeable, according to the former finance minister of Lower Saxony, Heinrich Aller.

"We were working on the assumption that 40 million visitors would attend, but there were only 18 million in the end. That was difficult for the entire calculation. In the end we were expected to break even. But I never believed that and always expressed that opinion. But that was the core of the problem: a lot of visitors and high prices to make it profitable. That was one of the mistakes in the arithmetic," Aller said.

But despite the losses and problems with land re-use, the city of Hanover is nevertheless planning to celebrate the EXPO's 10th anniversary in June.

The Shanghai Expo kicks off in a month. It is expected to be more spectacular than any that has taken place before. However, just a few weeks before the 70 million visitors start arriving, everything is far from ready. (31.03.2010)

A massive show in times of crisis: Expo 2010 in Shanghai

The International Horticultural Exhibition in Almere, Netherlands, runs through October 9, 2022. It's presenting many ways to re-imagine sustainable city life.

Art behind locked doors: How galleries continue to suffer during COVID-19 02.02.2021

Web Summit was one of several major global exhibition events that was forced online in 2020 due to the pandemic. It returns to Lisbon this week, albeit with strict rules for attendees.