In the wake of the devastating fire in the Jagger Library in Cape Town, restorers are trying to save what they can. So far the salvage has been a success. 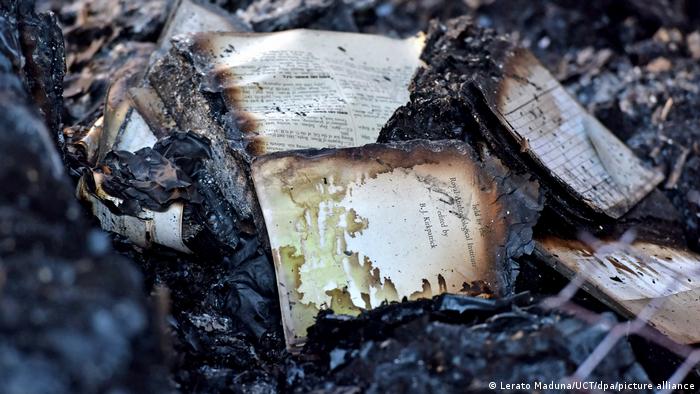 The books in the main reading room had no chance

It was early morning when Tina Löhr landed at Cape Town International Airport at the end of April. Only days earlier, she had received news that one of the most famous and precious libraries on the African continent was on fire: the Jagger Library at the University of Cape Town.

The moment she saw the images of the blazing building in the media, she knew she had to help.

A specialist in salvaging paper, including antiquarian books, old documents and historical plans, Löhr got in touch with a colleague, a restorer in the city of Durban with whom she had completed an internship 20 years before. She was told that few specialists in the field were available, and that she would be needed.

Five days later, Löhr was in Cape Town, meeting with colleague Mary Minicka, who also specializes in paper restoration. Löhr and Minicka were now the only two paper conservationists trying to salvage what was left of the Jagger Library. 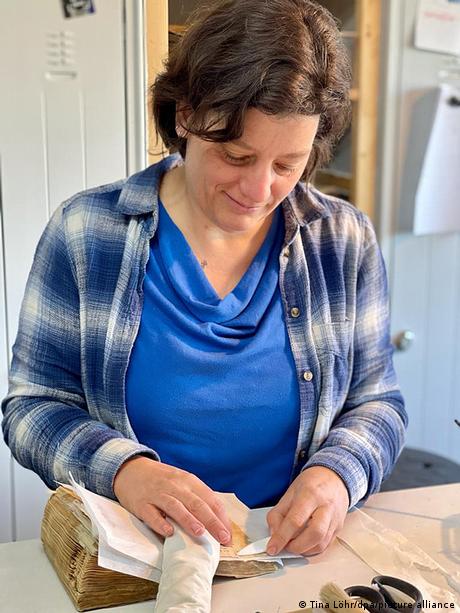 Tina Löhr at work at the University of Cape Town

"I got involved right away," Löhr told DW.

In addition to these experts, about 2,000 volunteers would join the weekslong salvage operation. They helped put 10,000 wet items into cold storage, and 12,000-odd crates of materials were sent to 10 different locations — which are being closely monitored to avoid the onset of mold.

There was a good atmosphere on site, said Löhr, who was also involved in the recovery of collections at Cologne's city archive, which collapsed in 2009 as a result of construction work. "Everyone was totally committed, everyone showed dedication," she said of the scene at the burnt Jagger Library.

"There was this gigantic outpouring of support," said Minicka, who works as a restorer at the Western Cape Archives in Cape Town. "Scholars, cultural practitioners, church communities" joined in, she said. "It was amazing to see how many different people were willing to help."

The fire had broken out in the attic of the University of Cape Town's Jagger Reading Room after a wildfire that swept across the slopes of the city’s Table Mountain amid high winds on April 18. The library's reading room and everything inside fell victim to the flames.

"There's nothing left but a few charred books," Löhr said, adding that nothing was salvageable.

The situation was different in the basement beneath the reading room, where the special collections are held. There, the restorers were in demand.

"We had to get what was still there out of the water as quickly as possible," Löhr said, adding that the water for firefighting ran from the reading room into the basement. "That's where all the holdings were stored, in the usual archive shelves or cabinets."

With water seeping into the basement, the holdings would start to mold within a couple of days.

"So you have to get the books out of there as quickly as possible," she said.

Teams of volunteers set to rescue the volumes. Löhr had to help decide what would happen to each object: How soaked is it? Can it air dry? Does it need to be freeze-dried?

"That's the first line of defense for water damage. It buys you time," Löhr said. The university had already set up shipping containers that acted as cold storage. "Knowing where to freeze things is part of any emergency plan in an archive." 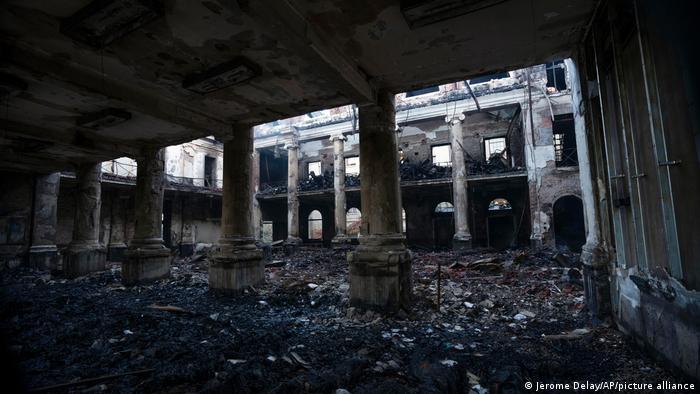 She took the most important pieces to the restoration tent, where Minicka set about saving the papers. Colleagues from the US and the Netherlands were on hand with advice in an online group.

After a week, Löhr had to leave. "I left with a good feeling," she said, with the salvage completed just a few days after she left. Now it's a matter of rebuilding the collection.

"That will take three to four years," Löhr estimated. "It also depends on capacity, of course."

With the first phase of the salvage operation completed a month after the fire, the team is now entering the recovery phase, which includes increasing the capacity for conservation and preservation.

Minicka said the rebuilding of the archive would be an opportunity to to train more conservationists in South Africa. "Our profession should become bigger. That way, something useful can still come out of this terrible disaster." 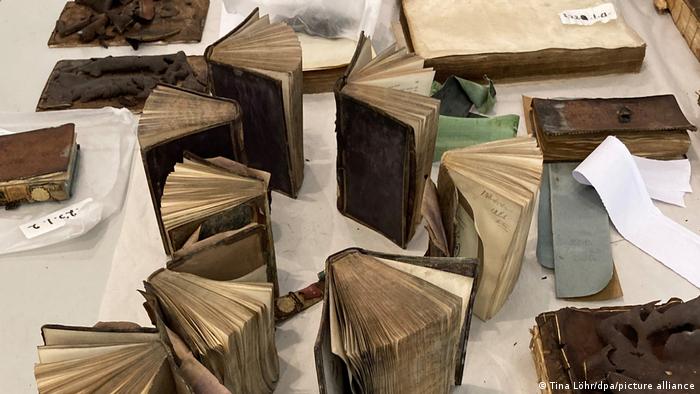 Damaged volumes are drying out during the salvage operation

Duane Jethro, a junior research fellow at the Centre for Curating the Archive at the University of Cape Town, is grateful that the salvage was so successful.

The special collections at the Jagger Library held the university’s records of |xam and !kun indigenous people. "The languages of these people are extinct now, so these records are part of our South African cultural heritage," he told DW.

"These were luckily saved due to the security measures put in place in the basement of the African Studies library, where the special collections are held," Jethro said, adding that much of the collection was fortunately also digitized.

Nonetheless, he said, much was lost, including 3,500 "irreplaceable" films, as well as books and paintings held in the main library reading room.

"There's much to be sad for, but also much to be glad for in terms of the successful salvage and restoration," he said.

Löhr said the damaged papers and books would be restored. "All the things that are wet and that were in the basement are salvageable," she said, adding that she plans to return to South Africa soon to help in the recovery phase.

Nelson Mandela emerged from 27 years in prison to lead South Africa to freedom from white rule. He became the country's first black president and won the Nobel Peace prize for his policy of reconciliation.

A book that was checked out of a Dutch library in March 1981 has now been returned decades later. "The reader must have had a hard time letting go," the library said.

Turning old into new: After a decade and a half of renovations, the world-renowned library opens its doors — digitally, for now.