Republican senators give up on latest Obamacare repeal bid

Republican Senate leaders have announced that the latest bid to repeal Obamacare has flatlined. Senator Susan Collins became the latest Republican lawmaker to announce that she would vote against it. 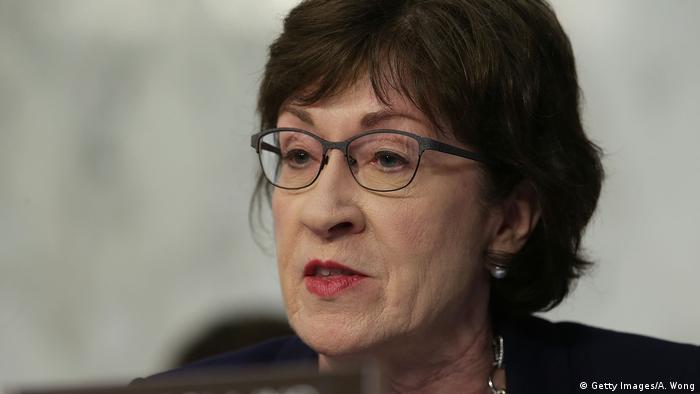 On Tuesday, the US Senate's Republican leadership announced that the party would give up on the latest effort to repeal Obamacare. The decision followed a series of defections by Republicans who found major flaws in the proposed bill. But senators pledged to continue efforts to end the program, which guarantees access to health care for most citizens.

"We haven't given up on changing the American health care system," Senate majority leader Mitch McConnell told reporters after a closed-door luncheon during which legislators decided to put a halt to their latest effort to dismantle the Affordable Care Act, as it is formally known. "We aren't going to be able to do it this week."

On Monday, Susan Collins became the third Republican senator to break with the party on the bill to put an end to the health care law enacted under President Barack Obama. Previously, John McCain and Rand Paul voiced their opposition to the bill, neutralizing the Republicans' two-seat majority in the 100-seat Senate.

Experts estimate that the bill would cut about $1 trillion (850 billion euros) in funding for Medicaid by 2026, crippling the US government mechanism aimed to help the poorest patients. Tens of millions would lose insurance.

"This would have a devastating impact," Collins said. "To take a program that has been law for more than 50 years and make those kinds of fundamental structural changes ... and to do so without having in-depth hearings to evaluate the impact on our most vulnerable citizens was unacceptable to me." 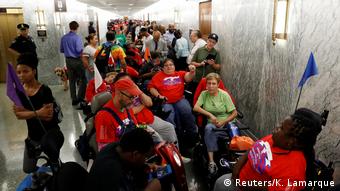 Collins also said the bill, proposed by Republican senators Lindsey Graham and Bill Cassidy, was "deeply flawed" and would weaken protection for people with pre-existing health conditions — a key feature of the 2010 health care bill known as Obamacare.

Republican lawmakers have repeatedly pledged to repeal the Democrat-backed system. US President Donald Trump also promised to "repeal and replace Obamacare" before taking office. After the election, however, neither Trump nor the Republican leaders were able to secure support for their proposed replacement health care proposals, with the saga culminating with a public defeat in July.

The Republican Party faced a September 30 deadline to organize the latest vote. After that date, the party can no longer pass the legislation with a simple majority, meaning that a Democratic filibuster would force the Republican lawmakers to gather at least 60 votes. 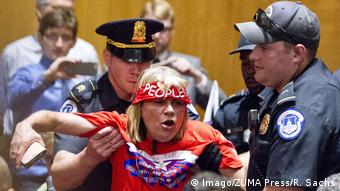 Some of the protesters were carried out by the police

Collins said she faced fierce lobbying to support the bill, including by Graham and Cassidy, who offered a boost of over 40 percent in federal health funds to her state, Maine.

The US Senate Finance Committee held a public hearing on the measure on Monday, but the session was delayed by protesters rallying against the proposed cuts to Medicaid, many of whom were disabled and in wheelchairs. The protesters chanted "No cuts to Medicaid, save our liberty" and "Kill the bill, don't kill us." The police forcibly removed the protesters and detained more than 180 people.

FBI says no change in conclusion Clinton should not be charged

The FBI has concluded that new emails connected to Hillary Clinton's use of a private email server do not warrant charges. The bureau's director has reportedly informed Congressional lawmakers on its findings. (06.11.2016)

Chief of staff John Kelly and Trump's chief strategist Steve Bannon have mutually agreed that Bannon is to leave the White House. Bannon is to return to his old job at right-wing Breitbart News. (18.08.2017)