Embedded in the game Minecraft, the Uncensored Library is a virtual institution for press freedom. And, by releasing it on the World Day Against Cyber Censorship, Reporters Without Borders is sending a defiant signal. 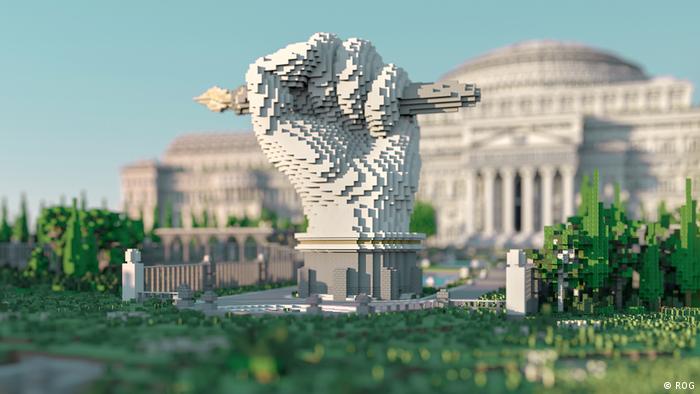 On Thursday, the World Day Against Cyber Censorship, the nongovernmental organization Reporters Without Borders (RSF) launched its Uncensored Library, embedded deep inside the computer game Minecraft. The project makes information blocked in certain countries available via the online universe.

Around the world, more than 145 million people meander through the landscape of Minecraft's virtual blocks. Recognizing the game's reach, RSF decided to create a channel for banned information.

Situated on its own island, within the Minecraft universe, the library is a relatively massive structure for the game. The library is stocked with articles banned in the countries where they were written. Articles from journalists in Egypt, Saudi Arabia, Russia, Mexico and Vietnam represent the beginnings of a database that will be expanded, said Kristin Bässe, who supervised the project for RSF. "It is designed to have a real impact," she said. Those five nations were chosen for their large numbers of Minecraft players.

Once inside the library, players can read articles by Jamal Khashoggi, a Washington Post journalist originally from Saudi Arabia who was murdered and dismembered by authorities at the Saudi consulate in Istanbul in late 2018. Texts from the murdered Mexican journalist Javier Valdez are also available in the library. Other writers featured at the site include the Vietnamese journalist Nguyen Van Dai and Russian journalist Yulia Berezovskaia, both of whom live in exile. "It is of paramount importance to us that the journalists are safe," Bässe said. "We don't want to put anyone in danger by publishing their articles." 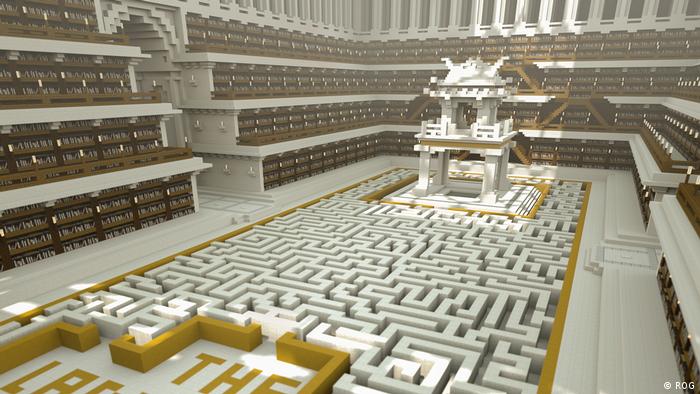 Articles are available in English as well as the languages in which they were originally written. "I think the best way to tackle censorship, the only way to tackle censorship, is to make censored content available," said James Delaney, the founder and director of BlockWorks, a London-based collective of designers, artists and software developers who specialize in creating Minecraftenvironments and helped build the Uncensored Library.

Read more: A journalist's story of the decline of media freedom in Pakistan

An international team of 24 people worked for over three months on the project. The team used more than 12 million blocks to construct the library. "As it is a political project, the building's symbolism was extremely important," Delaney said. "We couldn't just build any old library. We spent a long time thinking about the building and what it symbolized." Ultimately, the team created an enormous building with large halls and endless rows of bookshelves, all topped with a large cupola. In the park in front of the building is a public sculpture: a fist clenching a pen — symbolizing the power of the written word.

Delaney hopes that so-called influencers and YouTube users will spread the word about the library. "Video games in general and Minecraft in particular are no longer a subculture," he said. "You know, there are two and a half billion gamers now, and that number is growing. It's the largest kind of cultural development I've seen in the last decade." He added: "Video games as a medium need to take responsibility — discussing challenging issues in the same way that film, TV and radio often do."

People who play video games tend to be younger. The average Minecraft player, for instance, is 24 years old. That is encouraging to Nguyen, a Vietnamese blogger who spent years in jail for his writing. "If we want to change the future," he said, "we have to reach the next generation."

In early 2018, RSF released its Uncensored Playlist. Back then, the group turned banned texts from the same five countries highlighted in the Uncensored Library into songs that it offered via online streaming sites. The playlist even managed to make its way to seventh place on Vietnam's iTunes charts within a week of its release.