US police have reportedly shot and killed 385 people over the past five months, a rate of more than two per day, reports the Washington Post. The figure is much higher than typical federal counts. 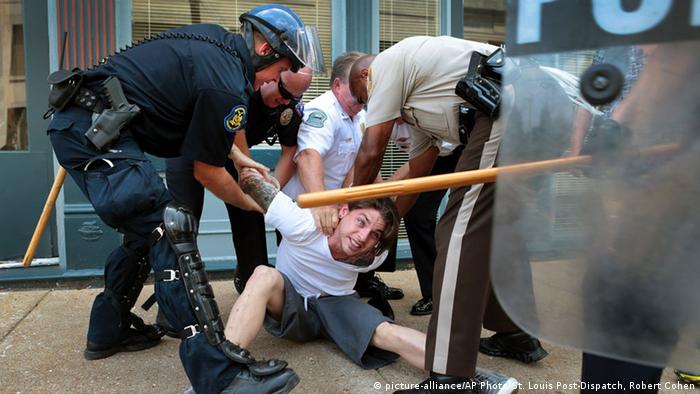 The analysis is based on data the Washington Post newspaper is compiling on every fatal police shooting in 2015. The investigation also includes information about every officer killed by gunfire while on duty over the past five months.

“We are never going to reduce the number of police shootings if we don't begin to accurately track this information,” said Jim Bueermann, president of the Police Foundation, a not-for-profit organization committed to improving law enforcement.

Federal Bureau of Investigation records for the past decade show the occurrence of around 400 fatal police shootings per year, or an average of 1.1 deaths a day.

The death rate reported in the Washington Post newspaper on Saturday is more than twice that cited by the federal government over the past decade.

An analysis by the Post shows the daily death toll for 2015 across the US to be closer to 2.6 as of Friday. If this continues to be the case, by the end of the year police will have shot and killed nearly 1,000 people, the paper reported.

The newspaper says it is tracking such killings across the US because reporting shootings by police agencies is voluntary with local police departments not obliged to provide the federal government with incident reports, meaning nationwide statistics are unavailable or incomplete.

The paper's analysis comes as debate rages across the country over police officer's use of deadly force, especially against black and Latino minorities.

In one instance, police in the Florida city of Miami Gardens killed a schizophrenic man who was wielding a broomstick. His mother had phoned police as she was unable to get him to come in from the cold.

One of the most prominent cases last year was that of Michael Brown, an 18-year-old who was fatally shot in Fergusson, Missouri. The man's death and subsequent lack of legal action against the officer who shot him led to widespread riots in the St Louis suburb.

In Baltimore, the largest city in the state of Maryland, rioting occurred after protests over the death of 25-year-old Freddie Gray who died from injuries sustained in the back of a police van.

The Post reported that in many instances those killed this year were armed with potentially lethal objects – mainly guns, knives and other items.

Sixteen percent of those killed were either unarmed or carrying a toy.

Based on census figures for the areas where the killings occurred, three times the number of blacks were killed than whites or other minorities.

Victims ranged in age from 16 to 83, with 92 victims being identified as mentally ill.

US police officers are authorized to shoot to kill when the fear for their lives. Three of the 385 fatal shootings have resulted in a police officer being charged with a crime.

US Justice Department reaches accord with Cleveland police

The US Justice Department has reportedly reached a settlement with Cleveland over police violence. The news comes after a white officer was acquitted of manslaughter after firing 49 rounds at an unarmed black couple. (26.05.2015)

US police have arrested several people amid protests in Cleveland, Ohio. The protests were sparked by a white officer's acquittal on charges of manslaughter in the killing of two unarmed black suspects. (24.05.2015)

All six officers charged in the US police-custody death of an unarmed black man have been indicted by a grand jury. Freddie Gray died after suffering severe spinal injuries, sparking demonstrations in Baltimore. (21.05.2015)