Investors demand action after a testimony that high-level Siemens management and members of the company's anti-corruption division knew about illegal funds for kickbacks. 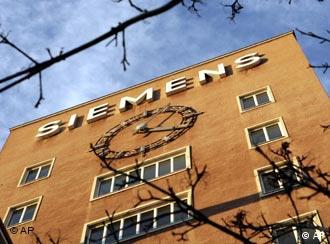 According to a report in the daily Süddeutsche Zeitung newspaper, a former employee of the electronics giant said that ex-Siemens manager Thomas Ganswindt knew of secret accounts outside Germany that were used to pay bribes for contracts. Ganswindt was elected to Siemens' board of directors in 2004, and his responsibilities included Siemens' telecommunications subsidiaries, which state German prosecutors suspect of funnelling some 200 million euros ($260 million) of company money into slush funds in Switzerland and Austria. Ganswindt has since left Siemens and now heads the Elster Group in Luxembourg. The employee who made the accusations has yet to be named.

Meanwhile, Siemens denied reports in the weekly news magazine Focus that Munich police have summoned the company's current CEO, Klaus Kleinfeld, for questioning. The firm also said it knew nothing about the statements implicating Ganswindt. When asked by the daily Berliner Zeitung newspaper about the allegations, Ganswindt refused to comment but said he was "willing to cooperate with state prosecutors and other authorities."

The Süddeutsche Zeitung also reported that members of Siemens' so-called Compliance Division, which is responsible for preventing corruption, knew about illegal slush funds in Austria as early as 2002. According to those reports, the members in question said they alerted Siemens' management to the problem and encouraged the firm to develop other means of concealing illegal monies abroad. Siemens' management says they only became aware of the existence of possible slush funds in 2006. 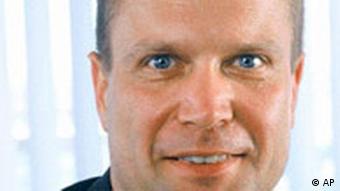 In addition to the Austrian and Swiss accounts, the weekly news magazine Der Spiegel said that Siemens also diverted some 100 million euros to Dubai via a company named Fiberlite. These funds were allegedly then channelled through shell companies in the Caribbean into Swiss back accounts.

Investigators think that this money may have gone to a high-ranking executive within the Greek branch of Siemens' telecommunications subsidiary. According to Der Spiegel, the Greek executive used the money to ensure that Siemens was awarded lucrative contracts in conjunction with the 2004 Olympic Games in Athens.

Two weeks ago, police in Germany searched Siemens offices, including that of CEO Kleinfeld. As many as six suspects are currently being held in investigative custody and questioned in connection with the affair. 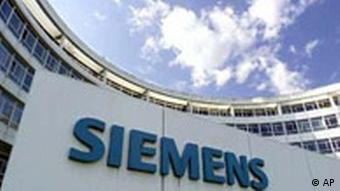 The news that top-level Siemens executives may have known about the slush funds has stockholders calling for big changes.

"There have to be personnel consequences," Michael Kunert, the head of a group representing investor interests told the Berliner Zeitung. "Siemens has to be cleaned up. From top to bottom, we have to shed light on who knew about the affair and said nothing. And whoever did know about it has to go."

Investors hope the firm can ride out the scandal and stress that the sums of money allegedly involved, while significant, aren't huge for a company of Siemens' size. But they achnowledge that the company's reputation has taken a blow.

"In the long term, this can have negative effects because the firm's image could suffer substantial damage," Kunert said. "With future contracts, customers could ask themselves if they still want to work with Siemens."

The Siemens scandal comes on the heels of a similar corruption affair at the carmaker Volkswagen. And that has many investors like Kunert fearing that the damage to individual companies' reputations could spread to German industry as a whole.

Millions of Euros in Damages as Siemens Fraud Probe Deepens

Siemens Under Fire in Corruption Scandal

A dozen former and current Siemens employees are being investigated for using bribes and embezzling millions in order to win company contracts. (20.11.2006)