The German Intelligence Agency (BND) has spied on journalists from the BBC and 'The New York Times,' reported 'Der Spiegel.' Press rights watchdogs have criticized the latest revelations of foul play at the BND. 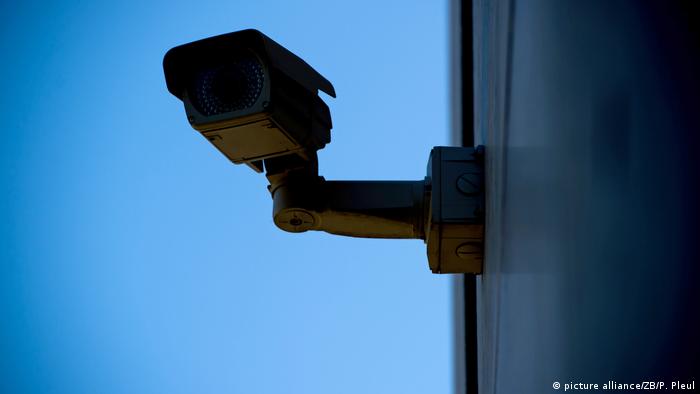 Germany's equivalent of the CIA, the BND, has been given a new set of tasks - three years too late. But whether they will have to counter Russian election hacking remains speculation.

Germany's secret services have found little evidence that the Kremlin is directly trying to manipulate the country's public opinion. But the leaked government report suggests that indirect methods may be at work. (07.02.2017)

Chancellor Angela Merkel will be probably the last witness to testify before the inquiry committee investigating the scandal that was caused by Snowden's revelations. The inquiry revolves around a famous Merkel quote. (15.02.2017)

Since 1999, Germany's intelligence agency (BND) has spied on journalists of various news outlets and their sources, according to a report by German news magazine "Der Spiegel" set to be published on Saturday.

According to the report, the BND monitored at least 50 telephone numbers, fax numbers and e-mail addresses of journalists and editorial offices across the globe.

Under legislation passed in October, the BND is permitted to direct espionage operations on foreign nationals as well as EU institutions if they aim to gather "information of significance for (Germany's) foreign policy and security."

However, critics slammed the legislation, which provided further government oversight over the agency's intelligence activities, for not providing specific safeguards for journalists.

The office of Reporters Without Borders in Germany (ROG) criticized the spy agency's actions in a statement published Friday.

"For a long time, we feared that the BND monitored journalists as part of its mass filtering of communication data, at least as 'by-catch.' The targeted monitoring revealed by 'Der Spiegel's investigation is a massive violation of press freedom," said ROG Director Christian Mihr.

"Already, the adoption of the BND law was a constitutional break with a message. It does not alter the current practice of monitoring journalists," he added.

Meanwhile, the BBC told DW that it does not condone such practices, urging "all governments to respect the operation of a free press."

"We are disappointed to hear these claims. The BBC's mission is to bring accurate news and information to people around the world and our journalists should be able to operate freely and safely, with full protection of their sources," the British broadcaster said.

The BND has courted controversy in recent years after revelations emerged that it monitored European targets at the behest of the US National Security Agency (NSA).

Since then, Germany's parliament has launched an investigation of the agency to determine if it had violated the constitution, which prevents the BND from spying on German nationals.