Germany′s NSA inquiry committee under pressure | Germany | News and in-depth reporting from Berlin and beyond | DW | 15.02.2017

Chancellor Angela Merkel will be probably the last witness to testify before the inquiry committee investigating the scandal that was caused by Snowden's revelations. The inquiry revolves around a famous Merkel quote. 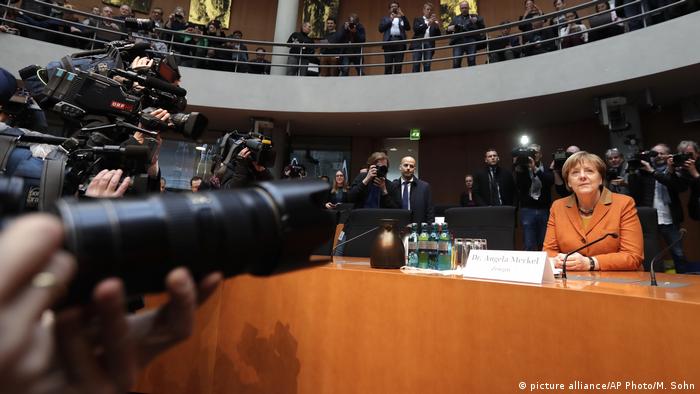 Two quotes are associated with Angela Merkel's third term as chancellor. In the summer of 2015, when masses of refugees arrived in Germany, Merkel declared: "We can do this." The other famous statement she made referred to the revelation that the NSA had monitored her personal mobile phone: "Spying among friends - that is simply not done." If anyone searches the line in German on the internet, the Google results for the two lines differ greatly: There are about 1.6 million listings for the refugee policy quote and only 25,000 for the NSA scandal line.

The great difference unexpectedly, but clearly, reflects the perceived public relevance of the two subjects. Refugees still play a large role - in politics and in everyday life. The fact that intelligence agencies systematically spy on private lives has more or less become a topic for experts. The uproar over Edward Snowden's revelations dwindled down within a year, more or less.

The German NSA inquiry committee has been meeting for the past three years. No one seems to be interested in its work unless high-ranking witnesses appear, like former foreign minister Frank-Walter Steinmeier; the former head of the chancellery, Ronald Pofalla; his successor, Peter Altmaier, or the former president of the foreign intelligence agency, the BND, Gerhard Schindler.Now, Merkel will contribute to the evidence being taken by the inquiry committee. After that, the final report will be written and it will contain the statements and comments made by over 100 witnesses and experts who have testified. The report must be completed by the second half of June. 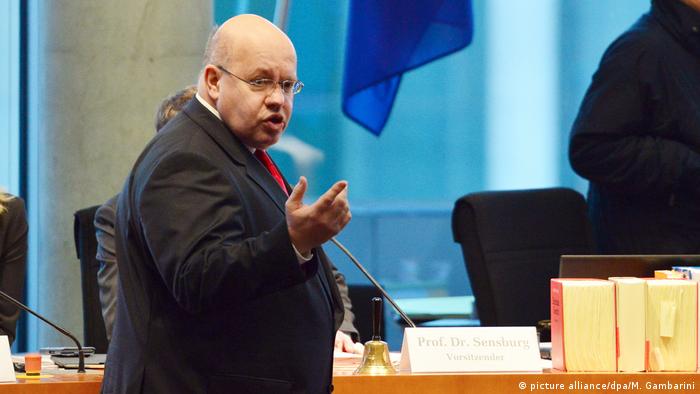 Altmeier, the head of the chancellory, already has the witness questioning behind him, unlike his boss, Merkel

The name Merkel will probably appear often in this enormous work. Nonetheless, German members of parliament do not expect much from the chancellor's testimony. Why would she know more about NSA activities than her specialists? Last Monday it become clear how little they allegedly knew about tapping the phones of allies when secret service commissioner Klaus-Dieter Fritsche; Altmaier and Merkel's spokesman Steffen Seibert, expressed their views on the matter.

How was Merkel's second most famous line meant?

The actual or staged unawareness can summed up in one line. Klaus-Dieter Fritsche said: "If you do not have any clues to ask about, then you do not ask." Yet many questions are still unanswered. Who knew - and when - that the BND, and not just the NSA, eavesdropped on allies? Why did the chancellery not know about it? After all, it is responsible for supervising Germany's foreign intelligence service. Merkel must prepare for these questions when she takes the witness stand at the inquiry committee. Above all, the members of parliament want to know what she meant by: "Spying among friends - that is simply not done."

Was it true indignation? Or was it a tactical move in the hope that the commotion would soon subside? The Social Democrats' chairman in the inquiry committee, Christian Flisek, suspects that Merkel had put up a "protection barrier" around herself in order to find out as little as possible about the behavior of intelligence agencies and that Fritsche was probably enlisted as her "personal firewall." However, Flisek had expected Merkel to make the NSA/BND affair a matter for the boss. The opposition also accuses the chancellor of lacking the will to solve the case. 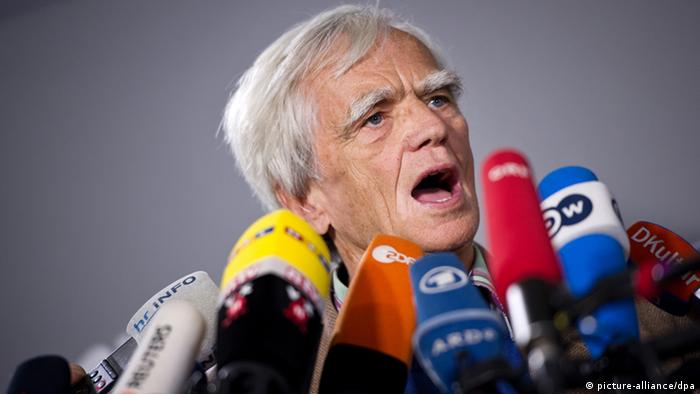 Green Party member Hans-Christian Ströbele is firmly convinced that "Merkel had a lot of information." On the one hand, he hopes for "truth, clarity and credibility" when she takes the stand before the inquiry committee. On the other hand, he expects flimsy answers to his questions and the questions of other parliamentarians "because we are in an election campaign." That is what Ströbele suggested at the beginning of the NSA/BND affair a few months before German parliamentary elections in 2013. Merkel's then-head of the chancellery declared the whole affair to be over after a meeting of the Parliamentary Control Board for Secret Services.

From the opposition's point of view, he wanted to keep information about the actual scale of the spying activities out of the election campaign. Whatever the motives were at that time, it seems like things went Merkel's way. The affair will be remembered for that one line. Martina Renner, chairwoman of the Left Party in the inquiry committee, is annoyed. She has called it one of the greatest intelligence scandals with minimal consequences.

It appears that Germany's Federal Intelligence Service, the BND, failed to anticipate the breathtaking speed with which the Taliban would sweep across Afghanistan and capture Kabul. What went wrong?