Some 30 million people around the world are believed to be living in slavery, according to a new global index. Many of those in modern slavery are trafficked for sex work or unskilled labor. 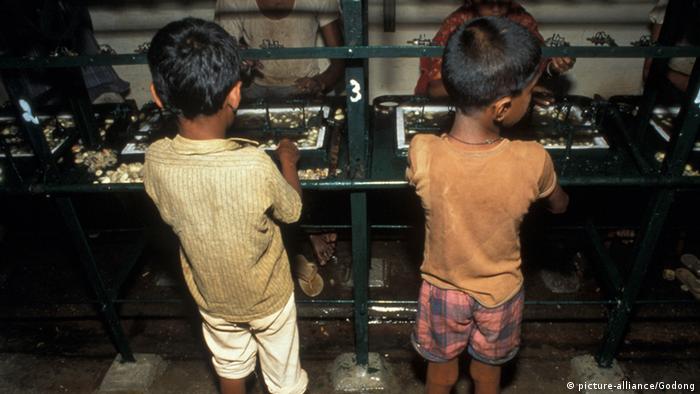 The inaugural "Global Slavery Index" by the Walk Free Foundation released on Thursday said that India had by far the highest number of enslaved people, but that the problem was most prevalent in Mauritania, Haiti and Pakistan.

The index ranked 162 countries by estimating how many people in each nation are living in slavery, the risk of enslavement and how governments were responding to the problem. Modern slavery is defined as human trafficking, forced labor and practices like debt bondage, forced marriage and the sale or exploitation of children.

Ten countries are believed to account for 76 percent of all people living in slavery – an estimated 29.8 million people – including China, Nigeria, Ethiopia, Russia, Thailand, the Democratic Republic of Congo, Myanmar and Bangladesh.

Mauritania was found to have the greatest number of slaves proportionally – about 140,000 to 160,000 people in a population of just 3.8 million. The high figure was attributed to culturally-sanctioned forms of chattel slavery and high rates of child marriage.

The report said the west African country was a nation with "deeply entrenched hereditary slavery," while "people in slavery may be bought and sold, rented out and given away as gifts."

"By far the largest proportion of this problem is the exploitation of Indians citizens within India itself, particularly through debt bondage and bonded labor," said the report.

"I urge leaders around the world to view this index as a call to action, and to stay focused on the work of responding to this crime," Clinton said in the statement, while adding that the index was not perfect, but it was nonetheless a good starting point.