A well-networked ring of child-trafficking agents abducts poor children from Delhi and sells them off to sugarcane farmers in western Uttar Pradesh and Punjab. It operates with impunity in a corrupt system. 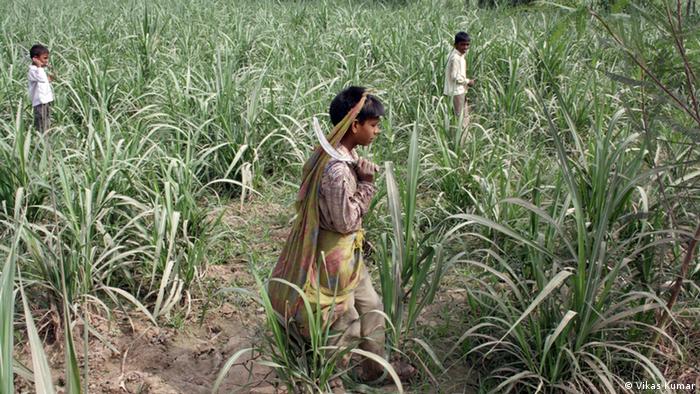 Deepak Kumar was on his way back from a playground near the Tughlaqabad railway station in Delhi when he was abducted. It was the evening of March 8, 2011. He was 15 then.

"It was already dark. I was feeling cold and realized I should go back home. Just then I saw four people coming towards my direction on a bike. Before I could understand anything, they forced me on the pillion, sandwiching me between them. They covered my mouth with a thick cloth when I started crying. All I can remember is that I was on the bike. When I woke up, it was morning. The men took me to a Ram Kumar's house in Khindaria village, Muzaffarnagar district," Deepak recounted.

Khindaria village lies north-east of Muzaffarnagar district in the sugar belt region of Uttar Pradesh. The region is covered with sugarcane plantations that flourish all year round.

The next morning, Deepak was briefed about his job at Ram Kumar's place. He was to look after the buffaloes, clean their sheds, and peel and clean sugarcane. Meanwhile, back home in Badarpur, his parents had frantically started looking for him. His father Bhajan Sahu went to the nearest police station in Sarga Khwaja to register the missing person. "They refused to file a case, saying that my son was a drug addict. Finally, after a lot of requests a case was registered but they did nothing," says Sahu.

Ram Kumar was a rich sugarcane farmer in the village. Deepak found out that there were many children like him, who are brought from Delhi and Bihar and are sold by agents to these farmers for 3,000 to 4,000 rupees (36 to 48 euros).

Deepak was one of the 5,111 children who went missing from the capital in 2011. Data released by the Ministry of Home Affairs suggest that an average of 14 children go missing from the capital every day - the highest in the country. Besides being forced into prostitution, begging and used for organ trade, there is a new trafficking racket that is making its way; children between the ages of 14 and 17 are being trafficked to the agricultural fields of neighboring states to meet labor shortages. Trafficking is more rampant in the sugar bowl of India - the districts of Muzaffarnagar, Saharanpur, Baghpath and Meerut, in western Uttar Pradesh. 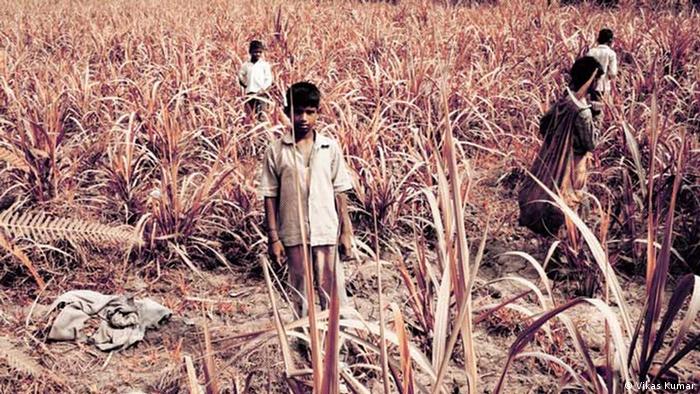 The following year for Deepak was filled with despair and backbreaking work in the fields. "I used to wake up at four in the morning and clean the buffalo shed. Then I had to go work in the fields," he said. He lost the middle finger on his left hand while cutting sugarcane. "They were dangerous people," he says, "I sliced my finger but I was still forced to work. They scolded me whenever I asked them to let me go home."

Deepak had nearly given up on his fate. He had tried calling his parents using Ranjeet's phone, but in vain. Then one day, his owner asked him to drop the plantation's caretaker at the railway station. After dropping him off, Deepak took the next bus to Muzaffarnagar. And then he called home, finally.

"He called us from Muzaffarnagar, and told us that he was coming. After he came back, I went to the police station and requested them to investigate the matter. My son was abducted and was sold as a bonded laborer. He lost his finger too. The police haven't done anything yet," Deepak's father Bhajan Sahu said. Deepak reached home a year after he was abducted, on February 26, 2012.

Delhiis notorious as the abduction capital of the country. A scattered but well-networked ring of child-trafficking agents abducts children from poor settlements in Delhi and sells them off to sugarcane farmers in western Uttar Pradesh and Punjab.

Mahendra Singh of Jahangirpuri spent three-and-a-half years in captivity before he gathered the courage to run from his tormentors. Mahendra was 14 when he was abducted from near his house, on August 7, 2008.

When pressed for the name of his sardar, or chief, Mahendra mumbled, "His name was Gijja Singh, and his sister was called Preeti. His son's name was Dilbagh Singh. They have a big house in Sandgaon surrounded by high walls on all sides, so I could never run away. They abused and beat me whenever I talked about going home. We weren't even given enough food to eat. The sardar used to say that food would make us lazy."

In the meantime, Mahendra's parents left no stone unturned in their efforts to trace their son. They travelled from Delhi to Haridwar pasting "missing child" posters in every nook and corner along the way, as the police in Delhi refused to register the case. "I ran to Jahangirpuri police station the same day my son was abducted. But the lady in charge asked me for mithai [Hindustani for "sweets"] in return for registering the information report. I gave her the 200 rupees I had in my pocket then, but she only made a diary entry. I was asked to look for my child myself. After making numerous rounds of the station, a report was finally registered, but I wasn't given a copy," said Ram Ratan, Mahendra's father, who works as a daily wage laborer in a tobacco factory.

Mahendra ran from Gijja Singh's fields on May 12, 2012. "The sardar had given us money to buy seeds for the farm. We sensed the opportunity and ran to the nearest bus stop. From there we travelled to Karnal, and then we took another bus to Delhi. I bought a basket of mangoes and kept it on my head to avoid getting spotted," Mahendra said. "The sardar had already bought another boy, between the age of 13 and 14. That's how it works in there. Rich farmers buy orphans and abducted children, and then make them work like animals in the fields." 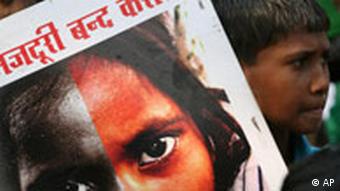 According to Kailash Satyarthi, head of Bachpan Bachao Andolan, or Save the Childhood Movement - an organization dedicated to recovering exploited children - "such events are examples of the short-sightedness of schemes like the MNREGA [a job guarantee for rural Indians], which led a big chunk of agricultural labor to shift towards welfare schemes, resulting in acute shortage. Keeping local children is always riskier as their parents can come searching so sugarcane farmers have started bringing children from Delhi."

Ashok Chand, Delhi police commissioner and anti-trafficking unit head, said the law will take its course. On telling him the stories of the abducted children, he added, "your investigation is important. The higher police officials of the related police stations would have looked into the cases. If not, they will be given orders to do so."

Despite strict directions from the Delhi High Court and the Ministry of Home Affairs, the Delhi police remain lax. As a result, poor children continue to be picked up from New Delhi's urban slums and sold to distant sugarcane farmers. 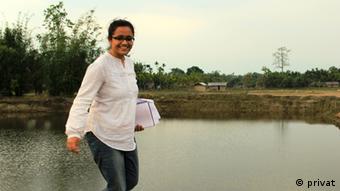 What lies ahead are years of darkness, violence and bonded labor.

This report is a condensed version of Priyanka Dubey's entry for the German Development Media Awards. Dubey's report on child trafficking in Delhi was one of four finalists in the Asia category.

Dubey works as a reporter with the magazine "Tehelka," where she writes travel features that uncover an India many are unaware of.

The German Development Media Awards recognize journalists who bring to light under-reported human rights and development topics. Entrants from every continent in the world submitted moving and inspirational stories. (20.09.2013)

Priyanka Dubey is a reporter with the magazine "Tehelka," where she writes travel features that uncover an India many are unaware of. (13.08.2013)