Report: Cumhuriyet publisher detained | News and current affairs from Germany and around the world | DW | 11.11.2016

The publisher was intercepted by Turkish officials upon his arrival from Germany. His detention comes amid a crackdown on government critics. 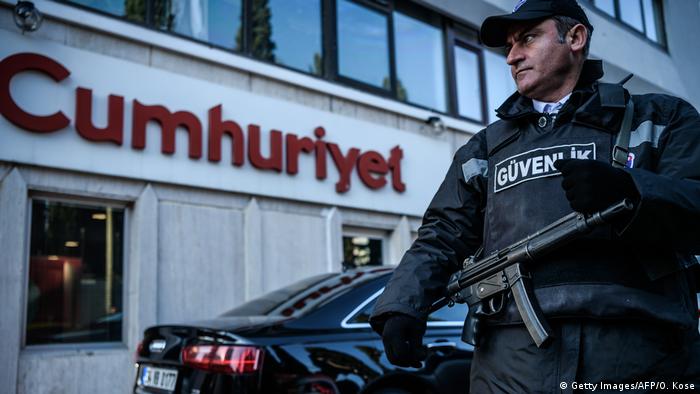 Cumhuriyet reported that Akin Atalay was detained by Turkish authorities at Ataturk Airport in Istanbul after arriving from Germany.

Last week, the Turkish government detained nine Cumhuriyet journalists, including its editor-in-chief, on suspicion of committing crimes on behalf of the outlawed Kurdish militant group, the Kurdistan Workers' Party (PKK).

Cumhuriyet journalists are also accused of having links to the US-based Fethullah Gulen, whom Ankara blames for the coup attempt.

The former Cumhuriyet editor-in-chief, Can Dundar, was in May sentenced to five years and months in prison for publishing an article accusing the Turkish government of delivering arms to the so-called "Islamic State" (IS) jihadist militant group. He was released on bail in February and has lived in exile in Germany since July.

Tension in the Kurdish region

Erdogan's crackdown on press freedom has been coupled with a political attack on the Kurdish movement. Ankara has accused the pro-Kurdish Peoples' Democratic Party (HDP), Turkey's third-largest party, of links to the PKK.

Last week, 12 HDP parliamentarians were detained for refusing to testify in court on terrorism-related charges, including co-chairs Selahattin Demirtas and Figen Yuksekdag who were taken into custody from their homes.

The HDP denies any links to terrorism.

Ankara has also appointed governors to replace elected officials from the pro-Kurdish Democratic Regions' Party, a sister-party of the HDP. So far, officials loyal to Erdogan's Justice and Development Party (AKP) have been appointed in 23 southeastern municipalities previously run by pro-Kurdish officials. 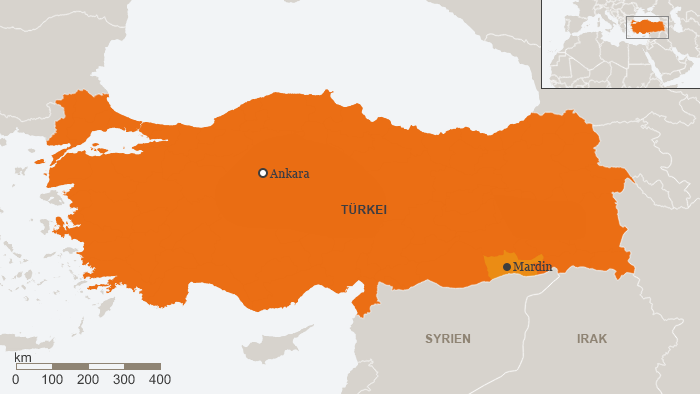 The moves have been met by protests and unrest across the volatile, largely Kurdish southeastern region of Turkey.

On Friday, local media reported that Muhammet Fatih Safiturk, the district governor of the southeastern town of Derik in the Mardin region, died of sustained wounds following a bomb attack.

Safiturk and two other officials were wounded when assailants attacked his office with an improvised explosive device on Thursday. He was one of the governors appointed from Ankara.

While no one has yet claimed responsibility for the attack, authorities have blamed Kurdish militants linked to the PKK.

The PKK has often carried out attacks in Turkey's southeast Mardin region after a two-year ceasefire deal collapsed in July last year.

The PKK, which is fighting for autonomy the southeast, has waged an insurgency against the Turkish state for more than 30 years. It is considered a terrorist organization and is outlawed by Turkey and its allies in the EU and NATO.

Turkish police have detained the editor-in-chief of the opposition newspaper "Cumhuriyet" following a series of raids. The government launched a wide-reaching crackdown on its critics in the wake of a July coup attempt. (31.10.2016)

Journalists say Turkey's raid on the newspaper Cumhuriyet is the latest step in President Recep Tayyip Erdogan's drive to crush critical voices. The government claims the raids are in response to the July 15 coup. (31.10.2016)